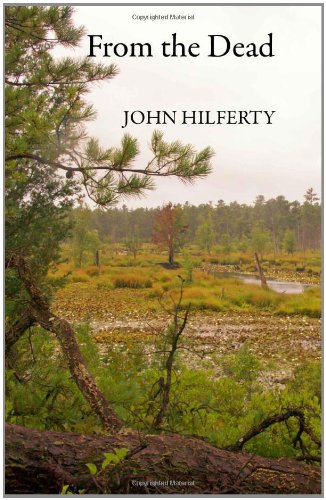 Book: From the Dead by John Hilferty

about this book: Former Teamsters leader Jimmy Hoffa vanished on July 30, 1975. Long presumed dead, his disappearance remains one of the enduring mysteries of the 20th Century. Though the certainty of Hoffa's murder has never been doubted, the case has never been solved officially, including what happened to his body after his death.

The FBI collected 16,000 pages of the investigation that lasted nearly 30 years. Theories of the location of Hoffa's final "resting place" are boundless, with the most absurd one asserting that he is buried beneath the old Giants Stadium six miles from Manhattan. Hearing of that theory over and over is what prompted me to write "From the Dead," based upon my coverage of the investigation that I did for The Philadelphia Inquirer in the late 1970s.

I knew that no self-respecting murderer would dare cart the lifeless body of one of the most easily recognizable figures of his time across 600 miles of the most densely populated area of the country just to bury him in a pile of wet cement.

Hoffa most likely — and literally — went up in smoke before the sun set on the day he vanished. The coverup of his murder is one of the most intriguing concealments of a major crime in our history. Probably a dozen or more Mafia-connected Teamsters officials knew exact details of how Hoffa was lured to his death after being set up with a meeting to solve an old union dispute that began when he was in prison many years before.

So what happened to Hoffa? One theory that gnawed my mind over many years concerned my reporting in 1979 of the payment of $85,000 from a small, Teamsters dominated New Jersey bank to a mob-owned waste disposal company in Hamtramck, Mich., located only about 25 miles from the Machus Red Fox Restaurant where Hoffa was last seen alive.

A classified FBI document called the Hoffex Memo provided details of a search of the Central Sanitation Co., a junkyard containing an automobile shredder, a compactor and an incinerator. You can guess the rest of the story, but it stops short of an actual verification that this is where the enigmatic, controversial labor leader met final dust to dust.

Nonetheless, I decided as a writer to follow the thread, weaving into it some fictional characters based upon real-life figures that I had written about in my coverage of organized crime in New Jersey many years ago.

The characters and their tribulations stem from my imagination. They wander the back streets of Newark and the dusty, mysterious dirt roads of the Jersey Pine Barrens, which is a vast million-acre forest of stubby pine trees in South Jersey which hid many secrets over the years, including the graves of mob victims. Atlantic City casinos come into play, as well as the neighborhoods of South Philadelphia which have spawned prominent mobsters over the years.

Readers fascinated by New Jersey's history of Mafia escapades should find From the Dead appealing from the sense of intrigue, violence and deceit. The Teamsters Union in Jersey back then was dominated by Genovese family members who plundered the bank accounts of many truck drivers and warehouse employes, while lending unsecured loans of millions of dollars to Las Vegas casinos, mob-owned restaurants and other enterprises.

• "The scenes with the mob and union hoods are vivid and the author's intimate knowledge of them lend credibility to what is happening to the key actors in a terrifying scenario. An honest thriller." — BookReview.com. Reviewed by Donn Gurney.

• "But more important about this thriller is Hilferty's exciting and readable trip through the wilds of New Jersey's Pinelands that is so intriguing. His fictional characters, mingled with some Mafia notables, are so cleverly intertwined that the reader will envision this as a true chapter in that era's murderous history. — Ed Taggert, author of "When the Rackets Reigned."

• "Very entertaining slant on the disappearance of Jimmy Hoffa; believable character studies of mob types and bystanders who run afoul of mob types. Descriptions of the Pine Barrens and surrounding parts of New Jersey are especially accurate and gritty. — John D.

• Enjoyed "From the Dead" that we purchased from Amazon.com. A blend of fact and fiction that reveals unusual aspects of the Jimmy Hoffa disappearance. — Patricia and Stanton Woerth.