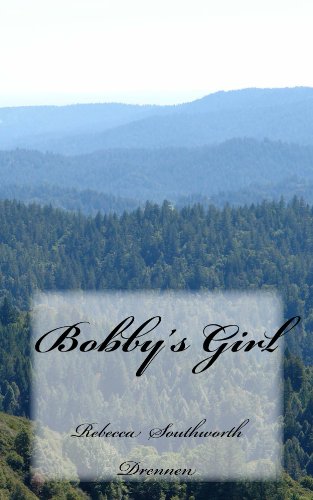 about this book: Bobby's Girl is totally fictional tale. It was written as an escape from real life. It helped me deal with some traumatic issues. It is a little graphic so please only adults. It is short but has a good ending.

Follow as Diane is kidnapped, what she goes through, and how her cowboy boyfriend and other friends look for her,save her, and how they support each other and grow.

Unconscious and with a broken arm is how Bobby would find me. Shorty had received word from his inside man that Luke had gotten out of jail. He and Luke had already set up a time to meet. Shorty had Junior give me a bath, a clean t-shirt, and combed my hair.

"Now you boys keep your cool no matter what is said or done, especially you Bobby. Remember the police are listening to every word and recording everything. Just play along with whatever it is they do. Make sure you have all three in the same room with Diane before you say 'You're under arrest.' Remember that's our cue. We'll sneak up to the house after y'all are in there completely. Give us at least five minutes to get into place."

"Alright Jim I'll try my best to keep Bobby cool as well as myself."

A few minutes later Bobby and Luke were inside. Luke was sizing the place up. He acted like he was searching for me or where he wanted to take me. Bobby was just trying to keep his cool which made it look like he was as Luke had said a little tense from not having a woman.

"Sure, no problem everything's settled then Luke and Joe?"

Bobby says nothing as Shorty delivers his next line. You can tell Bobby wants to kill them.

"I'll go get the slut now. I hope she wakes up. We've had some trouble getting her awake for the last week or so."

When Shorty came back in he had me in his arms and his brothers in tow. When Shorty threw me on the sofa Bobby almost decked him.

"Say do you guys mind if me and my brothers watch?"

"We don't care. You dirty rotten mother fuckers are under arrest. I ought to kill you, you son of …!"

Right as he was saying the last part the police came in and arrested all three of the Reynolds brothers. Bobby came straight to me. He gently and carefully repositioned me on the sofa. He took off his shirt and covered me with it. He then started to caress my hair and whisper to me. He was not about to leave me alone.