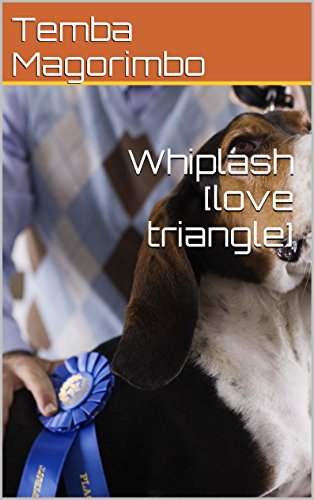 about this book: This is the story of a lonely woman soon after the truce in the Rhodesian bush war. She is fresh from acquiring a degree from South Africa. She comes home to a Rhodesia on the brink of black rule. The guns have fallen silent. The guerrillas are either hiding in the bush or they are in assembly points created by the Commonwealth Monitoring Force group. The mighty Rhodesian land and air forces have been grounded. Elections are in the offering plate. She is fresh and lonely when Sandra Hamilton bumps into a maternity health doctor, Harvey. They kick off to a happy relation ending in the bliss of marriage through what every woman wants, a white wedding. Marital bliss does not last. The home stakes are all right, all the horses there are winning their races until by accident Sandra bumps into issues about her husband’s past. For one the parents and brothers who came to her wedding are not Harvey’s parents. Where are his real parents and why did he not bring them in? Is he ashamed of his past? Seventy-seven kilometres to her north is where Harvey grew up. She is willing to find things out. Was the wedding stage managed? What of the three women lurking there each with a baby at least who claim paternity to her Harvey? As she starts her investigations Sandra ends up discovering what she had not thought possible in any romantic relationship. How will she handle it all?

The story of Sandra Hamilton continues after her revelations of lies from her estranged husband Harvey, oops Doctor. While he serves time in a QueQue jail for bigamy, she abandons him as her heart demands. She is hurt. She is in pain. She changes her place of work from QueQue to Gwelo within the Midlands province she grew up in. She finds a new job, a new culture and new surroundings to recover from her hurt and shame and find some solace. She finds a farm in the south east of Gwelo which interests her. Most of her class are moving to South Africa was the black administration grows its’ socialist tentacles, yet her family stays put, so does she. She invests therein staying with her daughter Donna. The farm offers peace and quiet for some years. Everything was alright until a farmer called in a veterinary surgeon when his horse falls ill. The surgeon is an ex-jockey who tells horses what to do and not to do. He takes the horse for a ride. That was all right until Donna fell in love with a horse ridden by a veterinary surgeon called Alistair. When Alistair comes to see her and Donna, his heart is swept by Sandra so is she. She forgets her hurt. She goes dating with Alistair yet his parents and friends are not kosher over his dating of a ‘divorced’ woman. An heir to a business empire cannot date a woman with a divorce history. In the end, who ends with a set of twins, a heartbreak and a night in Bulawayo where they catch their flame with his pants down in the arms of another woman? Who will win the race to Alistair’s heart? If his rich father disowns him, will Alistair cross the threshold and claim her as his bride?