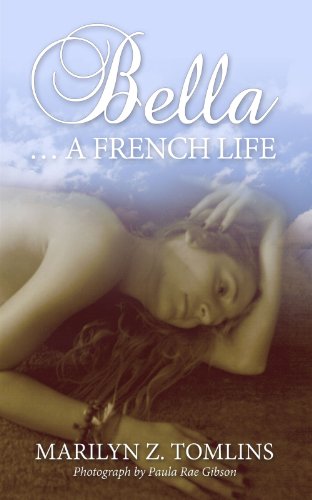 about this book: My name is Bella Wolff, the narrator of Bella … A French Life, writes.

She continues she should have a name like Françoise Dupont which she describes as a 'nice uncomplicated' name. A name which would not result in the question, "Where are you from?"

Bella is French, but as a child born in German-occupied France during World War Two, her father having been a Wehrmacht soldier, and her mother therefore a horizontal collaborator as a French woman who took a German lover was called, she grew up as socially unacceptable.

The reader meets Bella in the 1980s. In her early forties, she is the owner of Le Presbytère, a guest house in the Normandy village of Sainte-Marie-sur-Brecque, not far from the majestic half-island of Saint Michael's Mount.

Bella, in telling her story, interweaves the past and the present. She tells the reader of how she had failed as a paediatrician in a large Paris hospital, of how she had loved the wealthy, successful lawyer Jean-Louis, a married man with two small daughters, and how she had lost him. And she tells of the loneliness that awaits her because she closes her guest house in the months of winter: it is the end of September.

But then an English author arrives at her guest house and asks her to allow him to stay for the winter because he has to finish a biography of the Russian poet and writer Boris Pasternak. St first she refuses, but captivated by his reserved English charm, she allows him to stay.

And then suddenly there is excitement in Bella's life.

Colin, the English author is obviously physically attracted to her, but will she allow herself to fall in love again after the pain caused by the break-up with Jean-Louis?

Marilyn, through Bella's words, perfectly captures the sights and sounds, and romance of France.