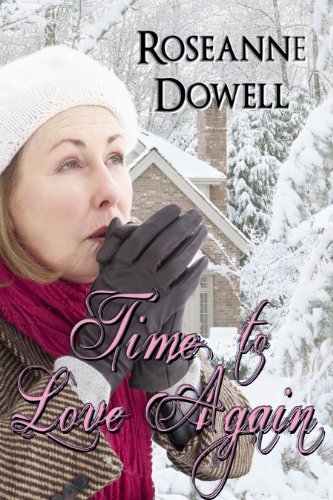 about this book: Rose Asbury is my sister – sorry, was my sister. After I passed away she became a recluse. Not that she doesn't have reason to, mind you. We lost our parents within months of each other and Rose and I clung to each for support during our grief. Of course our husbands helped, but Rose and I understood each other.

We were finally adjusting when Rose's husband passed away suddenly. Poor Rose fell apart, not that I blame her. I would have reacted the same way if it had been my husband. I was just getting Rose to come out of her shell when bam, I was gone.

That did Rose in. She went to pieces and to make matters worse, her kids moved three thousand miles away. She ignored all of her friends, except for Louise. That's only because Louise wasn't about to let Rose ignore her. But everyone else gave up. After all, you can only call people so long and have them ignore you, not return your calls and won't talk to you before you give up. So that's what everyone did. Louise wouldn't give up. She marched right over to Rose's house and read her the riot act until Rose gave in and at least went to the store.

At least now Rose visits Louise and came to grips with life. Not that she has much of a life. Stephen Daniels the guy next aimed to change that – or so it seemed. Good looking guy, too. Anyway, he moved in to take care of his granddaughter while her parents did their tour of duty in the Mideast. He kind of took a shine to Rose. Not that Rose would give the poor guy the time of day. Most she did was nod at him. Amazing she did that.

Well, that's all she did until that day. I can't help but giggle thinking about it. She fell on the ice and splat, groceries went flying everywhere. Okay, I admit it, I kind of tripped her. I had to do something. The woman was the most stubborn person I'd ever seen. Always was.

Stephen came to her aid – or tried to. Rose, true to form, ignored him. That's when I'd had enough. Someone had to talk some sense into Rose. I had to take drastic action. Of course, she tried to ignore me, too, but I wasn't about to let that happen. I was more stubborn than Rose. Always was. Nope, it was time Rose started to live again. She was much too young to waste her life away.

Other books by Roseanne Dowell (more)