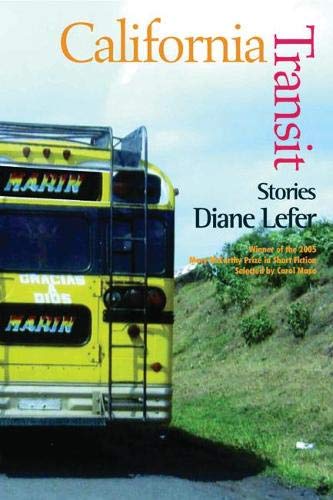 about this book: These short stories mark my own transit out of New York and to Los Angeles. I felt like an exile at first. I wasn't used to driving so I walked walked walked and rode buses--something Angelenos are reputed not to do. I felt I didn't know the city and region well enough to write about it, but then I realized that through the writing I could get to know my new home. I did chicken out a bit at first. The novella in the collection is set mostly in San Pedro (in LA County, where part of LA Harbor is located) because it seemed more manageable than the big city. But then I went everywhere.

One of the long stories, "At the Site Where Vision Is Most Perfect," grew out of my volunteer work as an interpreter/legal assistant for immigrants being held for months, even years, in detention centers waiting for hearings. I was so appalled by what I was learning that I tried to get media attention to the plight of these people. In recent years, newspapers and magazines have done exposes, but back then (1999-2000) I couldn't get anyone interested. I didn't care whether they hired me to write it, whether I got paid, I just wanted the horrific abuses to be made public. I had always been reluctant to write fiction drawn from the activist side of my life. But when I couldn't get media attention, I went ahead and treated the subject matter in fiction and in a play.

I didn't choose this cover and I don't like it! The original cover -- which even appears in the publisher's original catalog--used a photograph I took in downtown LA. It's a store window with naked mannequins and you clearly see a downtown bus in the reflection in the glass. Both the mannequins and the bus figure in the stories. I still think it's a cool picture and it really is not obscene, but the distributor refused to carry the book with that cover! The pretty little bus with the grass and flowers on the roadside are not what's inside the book. 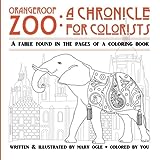