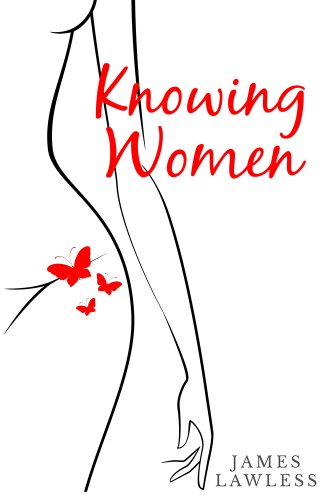 about this book: A friend of mine recently tagged me in an online blogging chain called The Next Big Thing, a series of questions about writers’ next projects. The idea was to draw attention to writers and their blogs (I find my friends are more inclined to visit my Facebook page at present rather than my blog). It was then I thought of a novel that I’d been ruminating on and that I had put away in a drawer for some time. The title of the novel is Knowing Women, in the two senses of the word: how to know women and women who are knowing.

I had just reread and was quite moved by Brian Moore’s The Lonely Passion of Judith Hearne, about the predicament of an unmarried middleaged woman clinging to things like drink and religion to try to avoid falling off life’s tightwire. I felt a great sympathy for that character, her loneliness, her ordinariness, her vulnerability, reminding me of an old spinster aunt of mine; the real world which Judith has to endure, the other side of celebrity culture (if you’re a nobody you’re a real someone in my book), and I started wondering if I could write something similar but more contemporary (about a postcatholic and multiethnic Ireland), and thus the character Laurence J Benbo was generated: a bachelor, no longer in the glow of youth, but instead of alcohol his weakness was sex. Perhaps he is more a Herzog than a Judith, with his solipsistic and existentialist nature articulating broadly, but he shares nonetheless a common vulnerability with Moore’s creation in the loneliness of the unattached person. How does such a person fit into a world of predominant coupledom? How is he perceived by the status quo? What are his needs, sexual and spiritual (the latter he tries to satisfy in the reading of poetry). He is a product of our society. We therefore have responsibilities towards him. What are the dangers out there for him? And the more I thought the less shadowy this figure became, and I could see Benbo lifesize walking through the Botanic Gardens or the streets of Dublin with his teak handled brolly (was that instrument symbolic? Shielding him from more than the mere inclemencies of the weather?). Going to his job in PRINT 21 or his flat on the North Circular Road, his dutiful visits to his mother in her nursing home, or his Sunday visits to his brother’s family in Malahide, and at night with the loneliness descending on him, what does he get up to? Is it for us to judge him? His readers are his jury at the end; we know that as sure as the solicitor’s letter lies waiting to be opened on his table in his flat. But in the meantime let’s not think of that. After all he’s not a murderer or a paedophile (he is quick to point out); he doesn’t set out to harm anyone. So rather than be judgmental, let’s accompany him, a metropolitan, on his circumambulations through the streets of Dublin, and see where he’ll take us, affording us, as is his wont, plenty to think about along the way.

What inspired me to write the book was after the bombardment of sex scandals and recent sexual witch hunts in Ireland, I began to study the nature of sexuality, what sex does to people, how it is exploited, sold and bartered, the natural human propensity, how it’s twisted and warped by society, how it is used to conceal inadequacies in ourselves, how we categorise and slam the slightest peccadillo in a new Puritanism, propelled along as we are by the steady flow of paedophile cases. And I thought: are we losing something along the way? This is perhaps the fundamental question the novel asks. Are we flushing out the innocent baby with the dirty bath water? Look at the rise in male suicides; has it something to do with what society has done to gender roles? Males are afraid to embrace or touch one another anymore for fear of the gay tag— the slightest thing untoward provokes unease; mockery and condemnation are the safest response (funny that word ‘untoward’ crops up a lot in the novel); it becomes a branding, a person becomes tainted once rumour takes hold (damned anyway innocent or guilty, as the solicitor informs Benbo). The consequences of such behaviour prevents the emotional unfolding of people to one another, isolates the sexes from each other (how Miss U Ryan and her coterie square up to Benbo), all to the jeopardy of society, lengthening the tunnel of individual loneliness. The only safe way to live is as a stone; we are the victims of our own judgmental natures; we are afraid of our own vulnerability. That’s what I wanted to do with Benbo, to show his vulnerability. How easy it is to taint someone. What is the new man’s role? We need to get back, not necessarily to the demonstrative openness of Elizabethan ways, but to a stage at least where we can cast off the shackles of pseudo-convention, to be able to embrace and touch one another without being branded or nametagged, which is really only a form of exercising our own fear in the guise of cutting and superficial gender-based retorts. We’re the losers, all of us, male and female, in the long run. We’re denying our psyches, our sexuality, our true natures. We are afraid to be vulnerable, to be open to possibilities. We, for the most part, live in a phoney sophisticated caucus of tribal backwardness, afraid to expose the individual in ourselves; afraid to accept the uniqueness in each person; we feel threatened by difference. And not just in Ireland. Put it in any context; the work place (what Benbo endures), the North of Ireland, Moslem, Christian, we’re all tribal, always seeking conviction in numbers. We lack the courage to stand alone and therefore we are deep down envious of the loner and must stone him to death; we have convinced ourselves that he is the enemy of the people (I agree with Brecht’s ‘the strongest man in the world is the one who stands alone’). Do we forget Beckett’s reminder that life is but a brief glimmer between birth and death as we stand astride the grave? So surely the thing to do as Benbo would have it is to engage in an honesty enquiry into the nature of this place called the world for as long as one shall last, and then leave it at that; that’s the best, at least according to Benbo, that we can hope for. Without the enquiry and despite the risqué nature of purely honest speculations, we’re just a murder of crows cawing our way into oblivion. We have more multimedia channels than ever before and yet the important channel of one to one, of soul to soul, gender to gender, how rarely does that appear? (Look at the ‘reality’ TV shows which are sprouting up all over the place, what they’re about, pretending to fulfil that need, whereas the real reality is that such shows are voyeuristically cheapening and making a mockery of the true links between people). And so the irony, with all the global communications, we were never more isolated from each other.

So the novel then if you like is a cautionary tale without the restrictions of conventional morality (or a fingers-up to society, whichever way you care to interpret it). Is that the direction we’re going in, the way we treat people like Benbo, a person who is not a saint (far from it), but a sort of everyman or woman (the idea of gender is explored in the swimming pool, or with his mother—the female elements in man, the male elements in woman and the debunking of the macho male or indeed macho female as he explores the androgyny in all of us)? What Benbo lacks (his social Achilles heel exposed perhaps by the inadvertent shortness of his pants at the back) is a shrewdness, an inability to conceal his honesty; he is ripe for exploitation, a character that society could so easily crucify. That if you like is what the novel attempts to show: that our new sophistication is just a veneer for the predatory and savage nature of society deep down. As we advance, are we creating more problems than we solve? The history of the myriad factors that constitute human emotion have yet to be written, those distinct and rich inner worlds of people (Virginia Woolf had a bash at it in fairness), the sensitive soul whose thoughts are so often at variance with the cold outer structures of society. What can and cannot be said. The rules, the bogus grammar imposed, how we are parsed. The real world of a ticking individual, eccentric, idiosyncratic, whatever, is ironed out, sanitised by the outer dictates. So Benbo is all on his own—not that he would have wanted it otherwise—but his problem is that he fails to find a niche, a place where, without adverse consequences, he can truly express his own individual being—the naked hunted creature that he is trying to survive in a jungle of human falsehood. What a tired Benbo learns at the end is not only that he knows no one, but that no one can ever be known. We are all carrying too much baggage; we are full of tricks and excuses, dissimulations and fabrications, always self-justifying and that’s the unavoidable, the life as it is, he learns that at the end. And yet despite everything there is a ray of hope: the innocence of childhood, it can be saved; a frog can be turned into a prince.