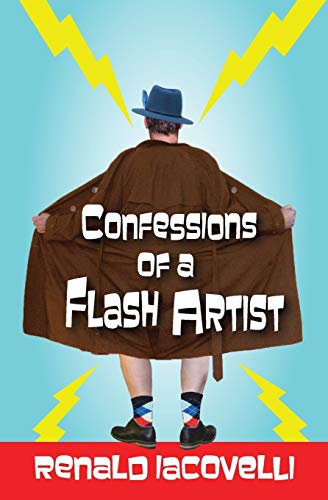 Book: Confessions of a Flash Artist by Renald Iacovelli

about this book: Confessions of a Flash Artist is about the difficulties an artist often faces to gain recognition, especially if he is involved with the avant-garde. In the case of Dr. Humphrey Humdinger, whose Confessions these are, it has been an especially uphill battle because his art is so completely unprecedented and indeed revolutionary. It essentially a theatrical, a dramatic art, which (as he himself says) is designed to create in the space of only a few minutes the kind of intense emotional and dramatic momentum that conventional plays and movies may take hours to develop. While it represents a quantum leap in the evolution of the dramatic art, it is so new and misunderstood that he constantly faces a hostile public and an equally antagonistic police force, whom he must always be on the lookout for in order to escape arrest and imprisonment. How he invented and perfected his art, and managed to practice it in the face of so much opposition, makes for a truly inspiring story of exuberant creativity courageously exprssing itself in the face of philistine antagonism.