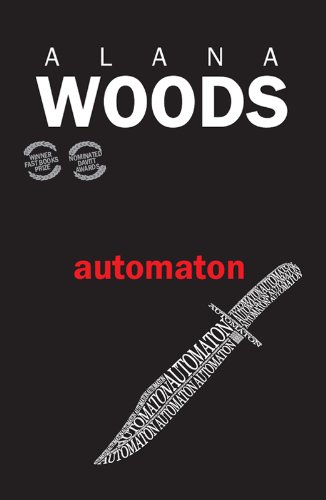 about this book: Five years as a court reporter in the Supreme Court culminated in me writing this story.

The title AUTOMATON is legal parlance (in Australia at least) for someone accused of a crime they say they can't remember committing.

What those five years sitting in court watching trials unfold left me with was an overwhelming sadness for innocent families caught up in crimes committed by loved ones and their utter bewilderment of the legal proceedings. As I say in the book, 'The words might be familiar, the language was not.'

The storyline follows Elisabeth Sharman, counsel for the accused, and Robert Murphy, her instructing solicitor. Together they have to defend the indefensible, 19 year old Russell Montgomery who, against all urgings to 'regain' his memory, insists he has amnesia. That makes defending him almost impossible because if the accused can't offer up an alibi and there are witnesses who say they saw him do it, how can his defence team defend him?

Outside the courtroom Elisabeth is uncommunicative and prickly and Robert smitten, despite his suspicions of the way she conducts the preliminary investigations and then the trial.

Is Russel innocent? Can Elisabeth win an acquittal? Does Robert get the girl? I'm not telling.

AUTOMATON won the Australian Fast Books Prize in 2003 and was nominated by Sisters in Crime for the Davitt Awards. It became an Australian best seller.

Readers have told me it's 'better than John Grisham'! How good is that?!