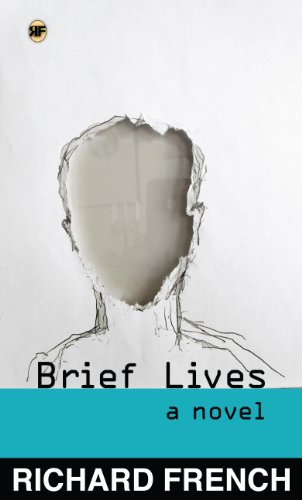 about this book: A fictional magician, story-teller and song-writer named Bosworth Hooper along with his wife Grace are the central characters in "Brief Lives". Bosworth did well as an entertainer in the Midwest of the United States before, during, and after the Civil War. He wanted more than he had, though, and fell into grave trouble. Can he get out of it?

The novel takes place in three time periods. The bulk of the story is set in the 1950's when a small theater company put on a play about Bosworth and Grace. There are 49 brief sketches about people involved in the production or are interested in it.

Excerpts from Grace's diary fill a novella a third of the way through the story. She writes about Bosworth and her own life and how she copes with daunting challenges.

Another novella comes in two-thirds of the way through, set in the 1980's, about a librettist and a composer who write an opera from Grace's point of view.

The novel is not about the influence of Bosworth and Grace but the persistence of the creative impulse. Life is short and full of missteps and other difficulties. The creative spark in human affairs endures.