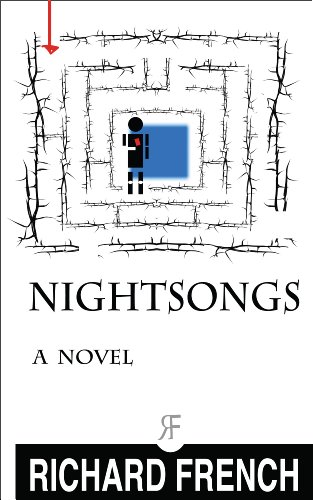 Book: The Nightsongs of Arthur Goodbody by Richard French

about this book: Surely one of the worst things that can happen to a person is to be beset with troubles at the start of adult life. Arthur Goodbody, a promising young man, loses his wife to leukemia before either one of them is 30. He falls into a grievous slump. He has no hope, takes to alcohol, and works as a museum guard, far below his abilities and the ambitions he set for himself early in life.

To make his case much worse, a minor devil named Mr. Octavius pesters and plagues him and promises to bring back Arthur's wife if he will join Octavius's organization and help him eliminate the practice of faith from human affairs.

While Arthur goes on various errands for Octavius, other factors work to bring him up from his downturn -- a new project comes his way, he meets Octavius's arch foe, whose ideas appeal to him, and he makes friends with a woman.

The Faust legend has taken many forms, and it was surely in my mind when I worked on this novel, but other influences also played a role, in particular my growing experience of the Christian faith. Some writers have condemned Faust; Goethe had him saved by his own efforts.

Arthur resists Octavius; he makes no everlasting binding pact with the devil; he has no pretensions to earn his own salvation. He is like millions of people who wonder if life will ever turn out well for them and keep on valiantly in spite of heavy burdens.