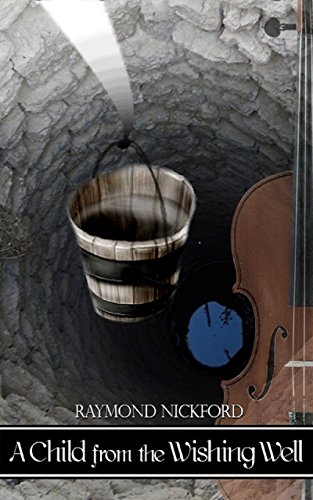 about this book: The setting is the spa town of Great Malvern beneath the Malvern Hills, England, a town dear to me for its links to the hills and for its relevance to A Child From the Wishing Well and in particular to Ruth the music tutor; in its links to the once violin tutor and composer Edward Elgar who also lived in Malvern.

As a private tutor myself and with a daughter who I once took to a private music tutor for violin lessons, I was able years later to take an imaginary leap from that reality to a 'what-if ' scenario in which to produce the fictional story. I was however inspired by an admiration for the personality and musical sensitivity of my daughter's tutor and it was then possible to construct the story of a father's consuming need to protect his child in a narrative where real danger loomed for a child I called Rosie and the childless music tutor I christened Ruth Stein.

So while this novel took two years to write, the seeds of its conception haunted me for many years and, I trust, that much of the appeal of the work – a literary suspense with a poignant emotional core – will continue to convey itself to readers who like what is colloquially called a 'moving' story.

I opened this description mentioning the link between Malvern and the composer Edward Elgar and if I was to say that hearing the Nimrod theme from his 'Enigma Variations' kindled in me a similar feeling and one that I have tried to explore in the lonely child and the clumsy love of her father in A Child from the Wishing Well, then it is this that made me sometimes work well into the stillness of the night where I could best deliver the final draft.

The Book won the Harper Collins (Authonomy) gold star award in May 2010 and I was thrilled that they liked the current of suspense which builds gradually through the story.

• "Growing up in a suburb of Chicago, the first scary movie I remember seeing was the 1965 Bette Davis movie, The Nanny. To this day, that movie has always stuck with me as one of the great psychological thrillers of all time. For me, A Child from the Wishing Well is reminiscent of that movie." — Candace Bowen Early - author of A Knight of Silence

• "Full of dark shadings, menace. I like the tenderness of the father's feelings." — A.R Taylor - author of Sex, Rain and Cold Fusion