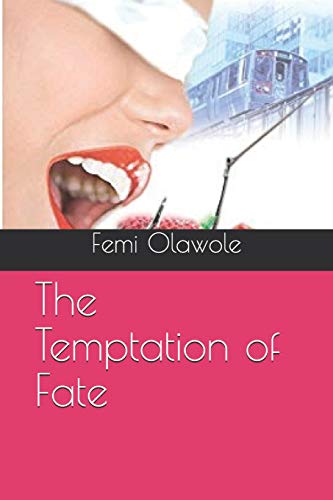 Book Reviews: The Temptation of Fate by Femi Olawole

about this book: The Temptation of Fate showcases everything readers can expect to see in the lives of naïve teenagers who think they know everything about life. And there are some young adults who are so ignorant in their rebellious attitudes that they tempt fate to their detriment. These youngsters avoid taking responsibilities for their actions because they think the world owes them something. And they are inadvertently encouraged by parents who do not know the difference between parental love and negligence.

There is JESSICA WEATHERS, a white 17 year-old teenager in the suburb of Chicago. She is such a spoilt brat that her profane vocabulary will make a sailor green with envy. In spite of her loving, adoring parents and a middle-class background, Weathers cannot wait to be free from parental control.

LAKEERA WATSON, on the other side of Chicago, this time, a tough inner city neighborhood, is a black 16-year old who walks in on her mother and boyfriend in an intimate situation. Her mother's parental indiscretion and negligence will pave the way for the older woman's boyfriend to lust after the teenager with reckless abandon. And the girl's greed for all that glitters does not help matters.

There is also ERIC TURNER, a 23 year-old African American who rises through thick and thin from a notorious Chicago south-side neighborhood to become a health care professional. He however commits some moral and legal blunders that threaten to derail everything for which he has worked.

MARY MILLER, Turner's mother and his strong pillar of support, struggles against all odds and stereotypes to ensure the emancipation of her kids from a ghetto existence. Now that her son appears to be on a downward spiral, the woman springs into action not only to save him from going to jail but also to avoid his relapse into a life of doldrums.

Target Audience: The Temptation of Fate is a literary fiction that is targeted at young adults and parents. It will come handy for young people out there who are going about life like a blind-folded swimmer in a shark-infested ocean. For parents, the book will offer an insight into the shallow minds of youngsters.

Inspiration behind The Temptation of Fate: I was inspired to write The Temptation of Fate on one summer afternoon while in the vicinity of a public high school in downtown Chicago. I overheard the conversation between a couple of teenage students as they clung to each other romantically by the school entrance. The girl was telling her boyfriend that she was pregnant. The sad aspect of it for me, as a concerned parent, was the fact that the girl was very excited as she broke the news to an equally excited boyfriend. And I wondered if the two ever thought of the adverse effects of such a development in their very young lives. At that stage in their lives, the teenage lovers should be thinking of their education and not getting saddled with the chores of raising a baby. To me, those two were unnecessarily tempting fate because they were "babies" having babies.

How Long it Took to Write The Temptation of Fate: I wrote the first draft within a couple of weeks.

The Choice of Cover: My choice of cover for The Temptation of Fate was derived from the vision of a blind-folded teenager taking a bite at a fish-hooked ripe strawberry. The book's cover picture is a metaphor for young people to beware and know that it is not all that glitters that is gold.

The Hardest Part of Writing The Temptation of Fate: Although, I am very familiar with the city of Chicago, choosing the streets, apartments and names to use in the book gave me a very hard time. This was because while I wanted to make the story look as authentic as possible, I also was mindful of the fact that I was working on a work of fiction and therefore I would not want readers to make any personal connection with the streets or the names used.

The book, The Temptation of Fate, was very interesting, intriguing and educating. It is about how one wrong choice can change one’s fate. Some of the characters are Jessica Weathers and Lakeera Watson, who are both naïve girls from two different backgrounds. The main plot of the story, which resonates with the title of the book, is how the characters’ life decisions in the book tempt fate. While the main characters are teenagers, I believe the life lessons in this book applies to adults too. Also, The Temptation of Fate touches on the importance of good role models, especially for teenagers. I enjoyed this book and would definitely recommend it to people.

I am excited to review this book. It is a captivating read. The book is also a reminder that every action has consesquence. A need for young adults and parents. [by Adeolu]

I couldn't put it down

The best part of this book is how captive it is, because you really won't be able to put it down . It was very engaging and was a page turner. Interestingly, it does serve as a mirror to the current society we find ourselves with themes of juvenile delinquency, parental negligence and so on. Also the juxtaposition of the characters (I mean, look at Jessica Weathers and Lakeera Watson, for instance) and the different, yet somewhat similar lives they lived Loved it! [by I.O]