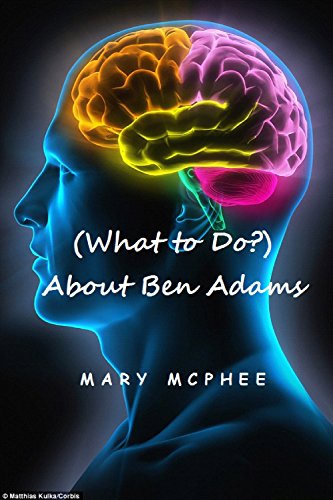 Book: (What To Do?) About Ben Adams by Mary McPhee

about this book: (What To Do?) About Ben Adams tells the story of a self-obsessed, unlikable man who has surgery to repair a brain aneurysm. The Papez Circuit in his brain, a part of the limbic system that controls emotion, is thrown out of whack. Upon awakening from a coma, the formerly caustic Ben looks upon other people with unconditional love.

As good as this sounds, Ben’s new awareness causes problems. He attracts publicity and a following almost like Forrest Gump’s. A series of adventures take him around the globe as governments and factions vie to have him resolve their internal conflicts by exercising the power of love. Ben faces his supreme test: a face-to-face meeting with the most dreaded terrorist in the world. Will Ben’s love be strong enough to change this man’s heart and prevent the all-out religious jihad the world seems headed for?

The story, despite its fantasy elements, is about how people relate to each other on a deep level. It makes for a delightful, compulsive read because most readers are interested in the subject and perhaps it takes bold, bizarre strokes to portray it.