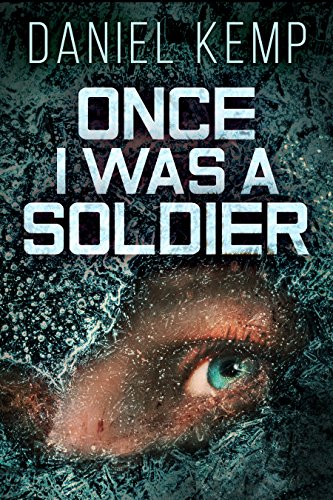 Book: Once I Was A Soldier by Daniel Kemp

about this book: Afghanistan in the mid-1990s, emerging from Soviet occupation, has become the focal point for American political intervention and one in which the British government has a keen interest. The seemingly impossible task of influencing the American selection of who forms a controlling alliance in that country falls on Fraser Ughert, the omnipotent chairman of the United Kingdom Joint Intelligence Committee.

Once I Was A Soldier is a story of murder, exploitation and euphoric sex involving two wealthy women. One, the Machiavellian wife of the American Democratic Party's presidential nominee, who seeks more power than she already has; the other, a young, attractive, but naive English book publisher, who wishes she had never inherited her family's fortune. Both become entangled with a 44-year-old womanising British intelligence agent who is still looking to find his real self between glasses of whisky and the beds he shares.

Once I Was A Soldier is both a story of international intrigue and one of poignant self-evaluation for the two main protagonists, neither of whom find happiness.