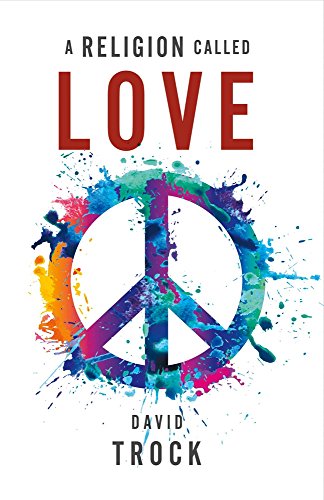 about this book: This is a controversial story that raises questions about faith in modern society. When a young agnostic kindergarten teacher named Kathryn James is found dead in her home, an investigation begins to unearth the subcultures in her neighborhood, from atheists and secular humanists on one side to true believers at the opposite end of the religious spectrum. But was Kathryn's murder relevant to their disparate beliefs? Only two people know for sure - and when the reader finally learns the truth about Kathryn's final moments, the answer is unexpectedly satisfying.

Since the book was launched in June 2016, the response has been overwhelming - people have commented about the originality of the plot, the depth of the characters, and the role of religion in modern society. "A Religion Called Love" is dedicated to Gene Roddenberry, a noted humanist who decidedly left religion out of his Star Trek series, yet the storyline is well balanced with views on the other side that support the merits of faith. Ultimately, the ending brings both factions together in a conclusion that rivals the best in modern literature.