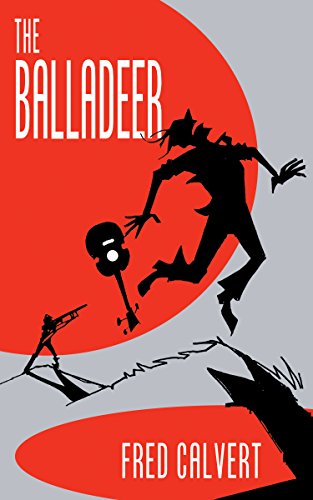 Book: The Balladeer by Fred Calvert

about this book: Bobby Wayner, a troubled man, is a true balladeer with a tragic story to tell.

After time served in California's Folsom Prison for a barroom killing, Bobby hitchhikes the highways and rides the rails to get home to Kentucky. On the way, his ballads and his memories take us back in time to when he was twelve, to the night he watched his beloved brother die on the kitchen table from a shotgun wound. A neighboring farmer, a recluse called Ol' Weber, who was a German immigrant, had shot Eldon. Bobby and his brother had been budding balladeers, and they became intrigued with Ol' Weber. Rumors alleged that was a Nazi and that he'd even murdered his own family. The boys spied on him and discovered that at night he played a mesmerizing piano tune. Eldon determined to write a ballad about him, and one night he took a fatal risk by knocking on the German's door. This happened in 1944 during the Second World War, and now thirty-eight years later, Bobby is finally returning home to discover the truth of what exactly happened, to find out why Ol' Weber had shot his brother, and to confess his own guilt for a little lie he had told that ended up helping to kill Eldon.

The Balladeer is my debut novel. It's a story inspired by true events that's haunted me all my life, and it feels so good to have finally gotten them out. I lived in a small town in southern Ohio, and tragic events in small communities are always somehow bigger than those in cities. I wanted to show how memories are never behind us and gone, but are eternally around us and continually shaping us into who we are.