This ebook will be free on 16. Jul (Pacific Time)

This promotion can stop at any time - make sure the price of the ebook is $0.00 on Amazon.com. Some ebooks will only be listed as free if you're from the US and logged in to your Amazon.com account. If you are not from the US the Kindle edition might not be visible at all - search for the ebook on your local Amazon site. 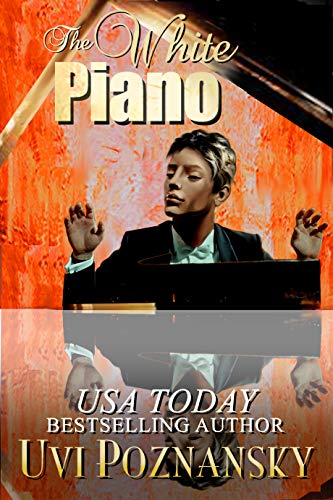 about this book: For a long time, I had this idea of creating a series around the events in the life of a unique family. The characters had to have not only a compelling voice, but they had to see things in an entirely different light, which would create contrasts and conflicts, as each one of them comes from a different background and has different passions, needs, and aspirations.

Book II in this series (titled Still Life with Memories) is The White Piano. What inspired it? When I was six years old, I would sometimes sit, utterly silent, behind my best friend as she played her piano. The sound of her music fascinated me to such a degree that I begged my parents to enroll me in piano lessons, too. Being sensible, they decided to take my aspirations one step at a time. So instead of a grand piano, they bought me a piccolo, and started me off in a class where thirty kids puffed, wheezed and blasted—more or less at once—through their wind instruments with various degrees of success, producing a hilarious cacophony that had little to do with music. This ended my artistic ambitions right there and then, validating my parents' decision to exercise caution with what I had said I wanted.

Then, I introduced a white piano into my novel Apart From Love. It belongs to Ben's mother, Natasha. This is her signature piece, even as she starts descending into the depth of her infliction with Alzheimer's.

"By the time I turned sixteen, mom had developed an unexplained fear, a fear of getting lost, which was quite pronounced, even as she headed out for a short walk, such as to the grocery store on Wilshire Boulevard, not more than a couple of blocks away. She seemed to rely, with an increasing sense of anxiety, on the familiar, and would become ferociously shaken if a chair was accidentally moved out of position. We all knew that the instrument—which was only hers, because I had stopped playing by then—was sacred. It was not to be touched.

The mere presence of this instrument in the apartment suggested to me a variety of scenes, such as the musical duet between Ben and his father's new wife, Anita. Now, how would you go about writing a duet, when your knowledge about playing the piano is nothing but a faint memory from the age of six?

I found several ways of learning the intricate details. First, I watched numerous videos, the most entertaining of which is this one, showing Fran & Marlo Cowan (married 62 years) playing impromptu recital together in the atrium of the Mayo Clinic. Then I read numerous articles, like this three-step instruction about singing duets, which taught me that eye contact and exchanging nods between the two players is at least as important as striking the right notes. Next, I selected a piece of music, The Entertainer, and learned more than you ever wanted to know about every note of it, and how it should be played. I did it, among many other ways, by watching instructional videos like this one. Finally I had to fold in the difference in both musical education and temperament between Ben and Anita.

So here is an excerpt from the way it plays out:

"And before this phrase fades out Anita straightens her back, and places her hand on the keys. Then, to my astonishment, she plays the next phrase of music, this time with raw, intense force, which I never knew existed in her, bringing it to the verge of destruction, making it explode all around me. And I, in turn, explode with the following one, because how can I let her outdo me? I am, after all, The Entertainer...

Here I come! Here I drum! No more woes. Let me close! Let me in, hold me tight! Don't resist me, do not fight—

At this point Anita kicks the bench back, and I tip it over behind us. She sways her hips to the beat, and I tap the floor. And we find ourselves bouncing there, almost dancing in place, playing the piano side by side: she on the high notes, I—on the low.

From one musical sequence to another, the music sparkles between them, in spite—and maybe because—of the fiery contrast between the two. Which brings me to believe that my musical aspirations at the age of six may not have been a total waste, after all.

Sometimes I find myself having to take my hand away, so she can play the same key immediately after me. On some notes, my right hand crosses her left hand, in an exchange that is wild and fiery—like no duet I have ever seen, or listened to! One way or another it blends, it mixes into a sound, which you might call a crude, unruly, unrestrained racket. But to the ears of a madman, it can be called music."

Other books by Uvi Poznansky (more)