Book: Cultural Primitivism in the Poetry of W. B. Yeats by Walt Lamberg

about this book: I think that one of the main reasons that I am a writer is that I have had so many enjoyable experiences as a reader of literature. I can remember in elementary school being introduced to Robert Lewis Stevenson's "Treasure Island." I went to the public library, within walking distance of my home, and checked out and read all of his other novels. In college, I enjoyed and read all of the works of such writers as William Faulkner, Herman Melville, and Thomas Hardy (fiction); William Butler Yeats, Dylan Thomas and E. E. Cummings (poetry); and William Shakespeare.

In doing the required term papers, I came upon an interesting concept, cultural primitivism. The idea was that modern twentieth century writers, painters, and composers used the images, symbols, and themes of primitive cultures, i.e., the ancient cultures of Rome and Greece, and the cultures of Africans, Pacific Islanders, Native Americans, and the Irish.

William Butler Yeats was one of the cultural primitivists. His poetry was published from the 1880s to the year of his death in 1939, but much of his poetry had to do with ancient Ireland, its legendary figures and myths. Yeats was a highly successful poet and dramatist. He received the Nobel Prize for Literature in 1923. I found that most of the literary criticism on Yeats dealt with his twentieth century poems.

In my book, I focus on his earlier poems written in the nineteenth century and on his use of primitive Irish images, symbols, legendary characters, and themes, such as the Rose (as well as Helen of Troy) as a symbol of eternal beauty, the Wind as a symbol of a great change to come upon the world, and the Black Pig as a symbol of the Apocalypse. 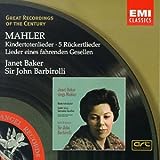