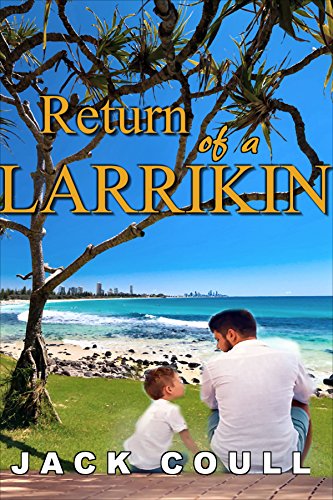 about this book: Return of a Larrikin is the third book in a series that depicts the life story of a young man. At a young age he was thrown into an upside down world of violence and hardship. He then became a single parent to two young boys, the youngest being 9 months old. Through all this he managed to survive and continue his larrikin ways.

This book also shows just how strong a person can be during tough times and at the same time keeping that true Aussie sense of humour.

He shared his adventures through life with his mates and his young sons. These young sons who eventually would become very much larrikins, like their father. It is a story of strength through adversity, and through it all, a typical Australian way at looking at life.

This series of books took the author approximately 10 months to write. They were inspired by, and written whilst he was going through the greatest adversity of his life. This adversity rocked his world in much the same way as the life that resulted in him taking his boys and becoming a single father. But it affected him in a different way. Part of his healing process involved writing these books, which he had wanted to do for many years. Lost memories were remembered, some causing much heartache, but most causing lots of remembered laughter and good times.