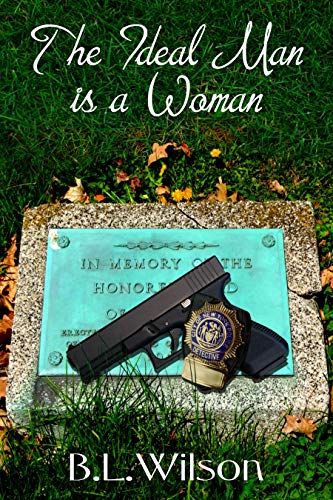 Book: The Ideal Man - is a woman by B.L. Wilson

about this book: Hip, hip hurrah. This is the year of the woman, politically socially and sexually, right? The title of my book suits of the mood of activism the women in this country and elsewhere. However, I wrote this tale murder with old and new affairs years ago. I imagined what would happen if an out lesbian met a woman who wasn’t sure about her sexual orientation and hinted she might be gay during an interview. The lesbian finds the straight woman attractive. The straight woman isn’t sure how she feels about the lesbian. She’s used to men finding her attractive even if the feeling isn’t mutual on her part.

Typically, when Woman A finds Woman B attractive and the feeling isn’t mutual, Woman A tries to convince Woman B of her worthiness. Woman A invites Woman B on a date. It won’t be a dinner date. Why not a dinner date? If the date goes sideways, neither woman wants to hang around for a couple of boorish hours with an annoying woman. Both women have better things to do, right? Woman A lowers the risk. She convinces Woman B to share desert and coffee or simple a drink at a nearby bar. Either woman is free to leave at any time and no hard feelings.

What if reluctant Woman B, has always heard she’s make some man a fine wife one day? She dates men hoping to find that special man the older brother she idolizes and the sister-in-law she considers a big sister, promised she’d find. No man she dates seems right. She broke up with a one-time fiancée because she didn’t feel the same attraction for him that he felt for her. Her unsettling experiences with men, make her doubt who she is and what she needs in her life.

Enter Woman A. She seems sincere. She’s articulate and smart. It’s obvious she finds Woman B attractive. Can you see how this could work as a romantic tale, right? There’s only one problem. Woman A is the primary detective investigating the murder of Woman B’s brother. There’s a chance greater than 50% a family member did the murder. Woman A is investigating the brother’s wife; the brother’s daughter who is gay; and Woman B the brother’s kid sister. Could anything be worse for a potential romance between Woman A and Woman B?

Hmm, what’s going to happen? Who killed Woman B’s big brother? How will this murder mystery tale end? I answered these questions and more when I wrote The Ideal Man is a Woman (Cops In Love Series/Volume 3). I do hope you like the results.

Video: The Ideal Man Is A Woman by B. L. Wilson