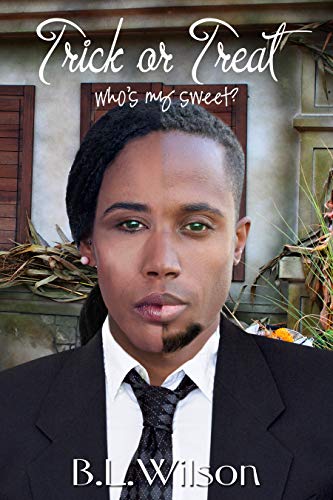 about this book: Long before Bruce Jenner became Kaitlin Jenner, I'd seen this reality show that tracked a woman's sex change process and operation from female into male. I grew fascinated with the program, the ideas and theories behind it. I wondered why would a person do that kind of major life change? I tried to imagine what it must be like to feel uncomfortable in the gender you were born into or to hate your body. What if you felt you didn't have a choice in the matter?

Every time you looked at your naked reflection in the mirror, did you feel at odds with what you saw? Would you want to change your looks? Would you change your gender, too? After you went through the testing, monitoring, and the gender change process, how would you feel? Would you be happy or sad that you'd made the gender change? Who would you be attracted to with your gender changed? I started to research the topic of sex change operations and bumped into another topic that was somewhat related … cross dressing.

Did you know that women have been dressing like men for centuries?

I didn't until I started researching the topic. I discovered several books on the topic, I bought a couple and read them. I also bought a civil war movie that was based the topic as well.

In the movie, I bought, the woman dressed like a man because it was safer to be a single man searching the countryside for a missing brother during the civil war. In the books, I read, safety was also an issue. In one case, a single woman was traveling alone on the ship in the 1800s, but it was safer to be a man aboard a ship alone. In another case, economics was the main reason for cross dressing. The woman was a cowgirl with excellent ranching skills. Nobody would hire her. Women weren't supposed to be able to do what she could on a ranch. Ranch owners in the area felt she made their ranch hands look bad because she was a woman with better skills than their men had. She moved away to begin her life as a man…cowboy.

I decided that I'd like to write a romance novel about the topic. I tried to imagine the circumstances that would cause a modern woman to change her life in such an extraordinary way. That became the premise for TRICK OR TREAT, who's my sweet?

Video: Trick or Treat - who's my sweet? by B.L. Wilson