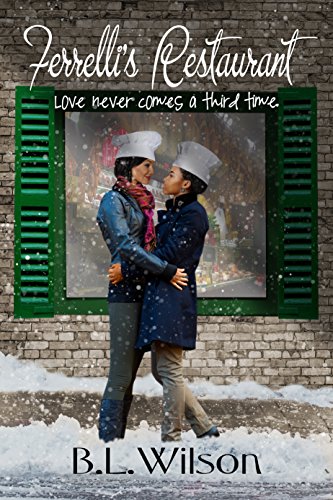 about this book: When my characters speak to me, I do try to listen. During the writing of my second and third, Two Moons Bakery and Sweet Sarah's Bluez, I'd created secondary characters that spoke to me. I felt they deserved stories of their own. For years, actually since 1999, I felt these secondary characters deserved their own storylines but I just never sat down and wrote backstories for them. At the time, I felt writing their stories would be going backwards in my writing. I always wanted to go forward with other newer, what I deemed more interesting stories so I cast these storylines aside.

In the fall and winter of 2016, I spent a great of time in my old home state of Ohio. It was time away from my adopted home in the Big Apple that I hadn't anticipated spending. My mother had a medical emergency that scared the crap out of me and my three siblings and their respective partners. Since I was no longer working and I could stay with my mother through her medical treatments that's what I did. For the next three and half months from October of 2015 until January of 2016, I was an Ohioan again. I'm not the greatest nurse in the world and I wasn't with my mother. I am however, a darned great chauffeur and an excellent coach. I drove my mother around the small town she lived in and I pumped her up mentally to do her exercise sessions with her physical therapists, meet with her doctors, pay her bills at the bank, go grocery shopping and go to the hairdresser every other week.

In between driving and coaching, I was bored out of my mind. There was only so much mind-numbing television, I could watch or shopping malls I could explore. When I first arrived at my mother's place, her apartment had cable but it didn't have WIFI. The housing complex had its own version of the internet that I connected to via a password. It was the best connection but at least I had access to Google and my AOL account. Unfortunately, before Thanksgiving, the complex had a fire and the water damage shorted out the WIFI connections.

There's something about coming home that tends to make me reflective. I decided to look at all my pending books and my old works. I thought this might a good time to look backwards in time. That's when I decided to review Two Moons Bakery and Sweet Sarah's Bluez. It was the perfect time to write the storylines and backstories that I had been thinking about but avoiding for 16 years.

That's how I wrote FERRELLI'S RESTAURANT, love never comes around a third time