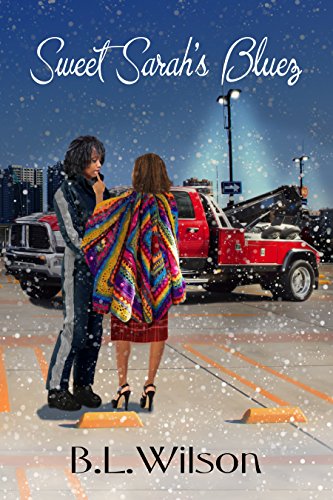 about this book: It was 1999. I was in graduate school when I first started to write Sweet Sarah's Bluez. Watching a movie entitled The Education of Rita starring Michael Caine and Julie Walter was a requirement in one of the orientation classes I attended. The movie introduced an uneducated, lower-class working woman who is tired of her life as a hairdresser. She decided a higher education would lift her out of her boring job and her uneventful life. She applied for a college-level literature course and expected to gain admittance with barely a high school education.

The movie traced Rita's transformation from a nearly illiterate woman to thoughtful analyzing, well-read woman. Along her journey to earn a higher education, she meets a cold-hearted, alcoholic, literature professor with whom she falls in love. The professor helped her see the world in a critical way while she helped him view the world as kinder and warmer. The film ends with Rita completing the first in a series of lit courses. She decides to continue her education but along the way, she loses her lover the professor, her husband and her best friend.

I wanted to write a romantic comedy story about a 40-year-old, female, city tow operator who has doubts about her sexuality as she decides to return to college to earn a degree. I'd recently seen a female tow operator towing scofflaws to one of the police impound lots along the Westside Highway. I decided right then, I'd found one of the main characters in my story. The other protagonist was the college professor who created scholar's program that offered college degrees to city workers.

To make my story more interesting, I needed a ploy to get the women in a compromising position before the tow operator enters the scholar's program. I had the tow operator help out a stranded motorist one snowy night. The motorist turns out to be the professor. The two women date over a short period then sleep together once before classes begin. The comedy begins when the tow operator discovers, the professor and her one-time lover, is now the main instructor for her literature course 101. Add to that development, the literature department head is the professor's ex-lover who wants her back and will do anything accomplish that goal.