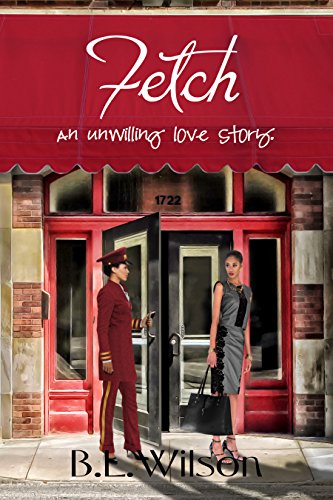 about this book: I wrote FETCH, not too long after 9-11. On that day, I'd arrived at work around 8 in the morning. Performing my job as a senior property manager, I was reassigned to the main office at 100 Gold Street which was and still is six to seven blocks from Ground Zero. I remember thinking how beautiful the day was with its sunny, bright blue skies filled with fluffy, cotton white clouds. I worried about getting home before the crowds to vote in the Democratic runoff mayoral election for either former Public Advocate Mark Greene or Bronx Borough President Fernando (Freddie) Ferrer. Little did I know what tragedy was about to befall the adopted city I loved so much and I would be an eyewitness as well.

All of the scenes I wrote about walking through the thick blizzard of heavy ash dust; the jammed hospital across the street from my office; the hordes of frightened people scurrying across the Brooklyn Bridge and the extraordinary silence of the streets filled with bewildered, shell-shocked New Yorkers who are normally loud boisterous; I actually experienced on that horrid but fascinating day.

Most of the news stories I watched during that time, depressed the hell out of me. The stories were about the victims and their families. Some of the stories celebrated heroes who gave their lives to save others. Other stories spoke of the almost victims…the people who for some reason decided not to go into to work that fateful day and cheated death. Then there were the stories speculating on what happened and why it happened. There were so many stories, I became overwhelmed listening to all them. Like a news junkie, I nearly became addicted to watching and hearing as much as I could about 9-11 whether through the internet, newspaper or television. Through it all, I wondered why nobody was talking about finding love during that time. People fall in love in the midst of tragedy all the time. I thought it might be interesting to write a love story with 9-11 as part of a backstory. That's when I decided to write FETCH.