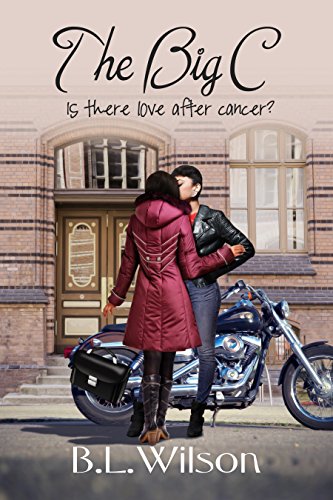 Book: The Big C - Is there love after cancer? by B.L. Wilson

about this book: In 2013, I had a double cancer scare. I had stopped doing mammograms for five years because I didn't like the tech person who performed them in my doctor's office. It sounds stupid but back then my reasoning made a great deal of sense to me. Every time I went to my doctor's office, I'd have to hear a lecture about doing mammograms every 6 months because I had dense breast tissue or because I had a fatty but benign tumor removed. I couldn't help it if my insurance saw no reason to pay for both mammograms and sonograms every 6 months until forever happened. Plus I hated…really hated how those twisty mammograms performed on a crazy angle made my breasts hurt like hell for days afterwards. I made a conscious decision about my body.

I also stopped doing pap smears for an equally insane reason. My normal medical person was a midwife at a medical center specializing in LGBTQ folks. I could talk to her about everything under the sun and did while she was examining my south mouth and all its tentacles. Once she left the medical center, I left too and tried to find an equivalent. I never did. Funny how I kept up with all my dental appointments, my allergy specialist, and my primary physician for the rest of my health but not the issues that make me a female.

So anyway, by January of 2013, my body was telling me to get thee to a doctor or several of them. I ignored the memo until I had sudden sharp pains in my lower belly that led to pap smears and a pelvis exam. That led to a series of other tests to determine I might have problems with the thickening lining of my uterus. Apparently when a woman reaches a certain again her uterus is supposed to thin out. A thickening lining can lead to cancer. Mine was growing thicker not thinner.

Ten days later, I received more frightening news. My mammogram showed calcium flakes in my left breast the same one that produced a fatty benign tumor years ago. The idea of flakes inhabiting my breast sounded harmless but they weren't. If the darned things start clumping together they can become cancerous. Since my doctors had no other baseline mammograms to compare my current one against, I had to endure further testing. Each test was more invasive than the one before it. This went on for seven to eight months while I worried more and more with each passing day.

Did I have cancer or didn't I? What would I do if I did have it? Would it change my worldview or would I remain the same?

I decided I needed to write it. The Big C grew out of my experiences with my doctors and the cancer I didn't have.