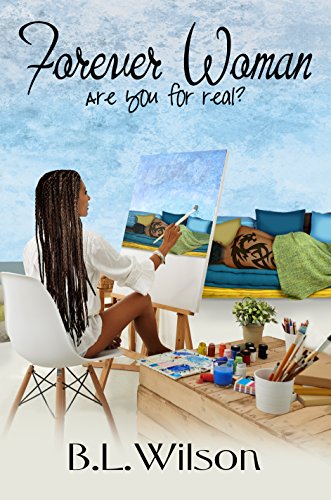 Book: Forever Woman - are you for real? (Forever Women Book 1) by B.L. Wilson

about this book: I had already written several novels that were a tribute to my father but I hadn't written one to honor my mother. I should explain a bit more. When I was a kid, mother and I didn't get along. Way back then, I was the middle child with a sister two years older than I was and a brother two years younger than I was. A decade plus later, my mother produced another girl child thus upending my middle child status and I became the second oldest girl.

Anyway, my quiet, proper mother and I didn't get along. My sister was the good girl in the family. She was the quiet little bookworm who earned excellent grades in school. She tutored the football team. She was a member of national honor society. She entered the science fair in our town and won an award. She participated in the National Spelling Bee. I don't remember how many rounds she went but I remember Obtuse was the word that finally stumped her. My brother on the other hand hated school and it showed. He failed most subjects but especially gym which of course pissed off our father. He wanted a sports hero son. What he got was a short underweight son who was afraid of his own shadow and his demanding intolerant father.

As I grew older, I began to understand my mother's need to try and control my vocal nature and make me more lady-like. She was afraid for me. She thought the world wasn't ready for vocal Black kid. She thought the world would steamroll over me. She might have been right but she didn't take into account my willingness to fight for what I believed in and my will to survive the consequences.

There's a lot of me and my relationship with my mother in Forever Woman, are you for real? Here's to you Mom. Happy Mother's Day