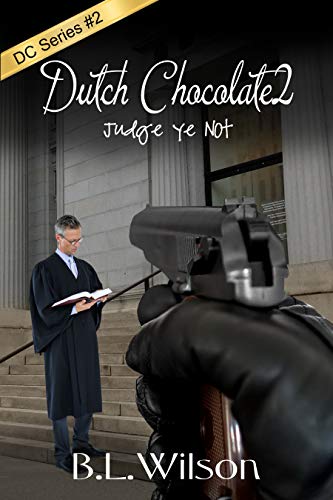 about this book: Years ago, long before the girl power, Black Girl Magic and the Me-Too movements, I watched Angela Jolie in the movie Laura Croft Tomb Raider. I was in love with movies again. I thought. Wow! Finally, an attractive woman in a lead role where she carries everything. She played the role of an adventurer, normally inhabited by a man. Think Harrison Ford in the Indiana Jones series or Nicholas Cage in the National Treasure series, both men played adventurer roles. Their movies were quite popular with moviegoers.

While watching Tomb Raider, years later, I thought to myself. How come there aren't more action movies like this with women or minorities in main roles. Why aren't they the stars of show? Is it because nobody would pay to see movies like this? I'd go see it. I bet I could find plenty of other folks would too. When Marvel brought Luke Cage to Netflix and it was so popular, I thought yay! Finally, a handsome Black man was starring in an adventure series that was popular enough to warrant a second-year renewal. Black Panther sealed the deal. It drew international appeal and acclaim as third most watched and popular movies of all time.

Still I wondered. What about me and folks like me? Where's my 'shero'? I decided I'd write a series of books about a Black lesbian (code name Dutch Chocolate) with a background in NYPD as a sergeant in East Harlem, joining the army and going to the Middle East in Intel then returned to work in one of NYPD's specialized street crime units. She eventually decides to become a PI.

In this second novel in the Dutch Chocolate Series, I wanted to write about Dutch and how lost she felt after losing the only unrequited love of her life. I wanted to take her character through the horrible pain of that loss and how she tries to get through her lonely life by obsessively searching for Judith Kerson's killer under every rock, around every corner and behind every tree. What kind of case would take Dutch's mind away from the search for Judith Kerson's killers? I wondered what would make Dutch happy enough to hope for love again.

I created an interesting case. She must kill one of her favorite people to attract the attention of a band of murderous kidnappers and convince them to take her into their gang. Her crew plays along with the murder. Unfortunately, things go sideways. Dutch is wounded and escaping with the kidnap victims becomes nearly impossible. Worst still, Dutch is now on the FBI's most wanted list for the murder of her dear friend.

Once again, I must say how much I had fun writing the series. I hope you will enjoy reading Dutch Chocolate2: Judge Ye Not, the second novel in the Dutch Chocolate Series.