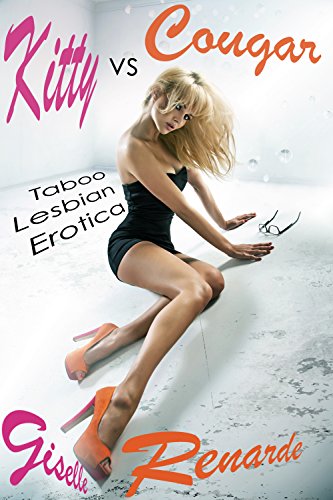 about this book: Everybody makes assumptions about the "bad girl"--especially if she's a lesbian. Everyone assumes that if she's rough and tough, she's also been to bed with every hot chick on the block.

That's definitely not the case with Shelby in Kitty Versus Cougar. Her parents probably think she's up to no good, but the truth is she's still a virgin. Every time she's had a crush, the girl has totally freaked out. She's just no good at seduction.

Now Shelby's back in school after dropping out at age eighteen, and it's kicking her butt. Her father's supermodel girlfriend Manon is educated up the wazoo and just wants to help. Shelby hates the gorgeous woman so much! Hates her... and stares at her... and lusts after her... and, God oh God, wants her sooo much!

Maybe it'll take a cougar to show this kitten how to get the job done...

Kitty Versus Cougar: Taboo Lesbian Erotica also appears in There's a First Time for Everything.