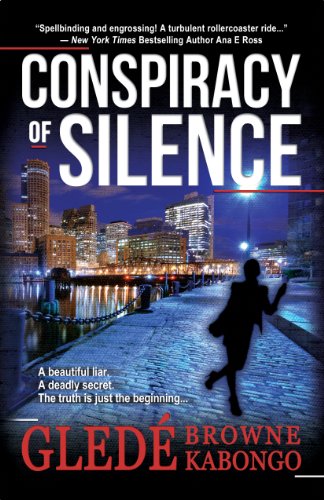 about this book: Conspiracy of Silence is the story of Nina Kasai, a Harvard educated executive with a dark secret she would rather keep hidden. Unfortunately, Nina's forced to confront her past when an old enemy threatens to expose her secret unless she agrees to back his candidacy in the Massachusetts Gubernatorial race.

Set in Boston's Financial District and suburbs to the west, Conspiracy of Silence is part legal thriller, part women's fiction, part psychological minefield, with underpinnings of romance and family.

Deception, betrayal, courage and unconditional love are themes that occur throughout the story, which is perfect for fans of John Grisham and Mary Higgins Clark.

The hardest part of writing the book was the constant worry about whether or not readers would fall in love with a protagonist who used secrecy and deception to conceal a past she would rather stay buried. Turns out those fears were unfounded once readers saw how the story unfolded and understood the psychological scars that drove the protagonist.