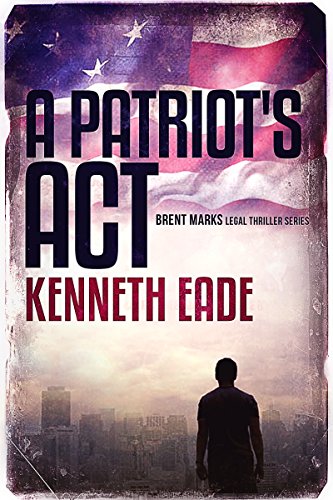 about this book: Second book in the Brent Marks Legal Thriller Series. When a naturalized American citizen turns up missing in Iraq, Brent Marks fights the Goliath U.S. government with its own Constitution. Santa Barbara accountant Ahmed Khury responds to the plea of his brother, Sabeen, a suspected money launderer in Iraq. Before Ahmed realizes what has happened to him, he is in Guantanamo Bay Detention Camp, being subjected to torture to extract information that he doesn't have. The drama outside the courtroom explodes, and when murder, corruption and cover-up enters the picture, nobody, including Brent, is safe.

Prequel to the best-selling first book of the series, Predatory Kill

"Fans of Grisham will find equal talent here in Eade's ability to captivate and hold readers with the unexpected, both in character development in nonstop action which lays the foundation for a story that's anything but predictable. The realistic dialogue is - well - simply killer; while action points in one direction, then often takes a 360-degree turn. In a world where plot and outcome are often predictable from the start, this will prove more than satisfying to readers already well versed in the legal thriller format." D. Donovan, Midwest Book Review

"Eade is a master of dialog and presents a well developed fictional tale that is full of drama both inside of the courtroom and out. Of course, this is a work of fiction, but the premise is believable and hooks you right away. "

• "As good as any on the New York Times Bestseller List"
• "Eade is what Grisham initially was when he first started writing"
• "Eade should write a sequel and continue the character of Brent Marks"
• "If you enjoy thrillers, do not miss this one and I am already waiting to pick up the next book by the same author"
• "Looking forward to his next book"
• "The author, a lawyer, writes authoritatively about legal matters but with enough clarity for the layperson"
• "This author is now on my "watch" list and I look forward to his next mystery!"
• "I am looking forward to the next books in the series"
• "The author knows how to write a sophisticated story that makes you want to come back for more. I can't wait to read future books!"