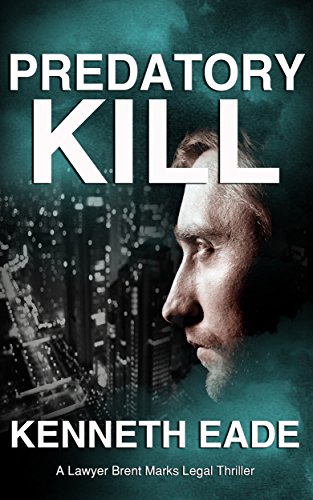 Book: Predatory Kill - A Legal Thriller - Can Too Big to Fail Get Away with Murder? by Kenneth Eade

about this book: Best-Selling Author Kenneth G. Eade Evokes Brilliance of John Grisham with Release of Explosive Second Novel 'Predatory Kill: A Legal Thriller', the second outing from Kenneth G. Eade, is a mind-bending 'whodunit' and a shattering expose of the 2008 financial crisis. Keeping the pages turning for thousands of fans, Eade has proven to be THE author to watch in 2014.

Rocketing to the top of three Amazon best-seller lists, 'Predatory Kill: A Legal Thriller' by author Kenneth G. Eade has been called "a wild ride" by critics, who believe that Eade is the one who will become "the next John Grisham" in the political and legal thriller genres.

In the vein of his wildly popular first novel, 'An Involuntary Spy', Eade delivers another solid and intricately plotted tale. At its core, 'Predatory Kill' is an examination of the chaos and corruption of the 2008 mortgage crisis, and asks the vital question: "are banks above the law?"

"When I sat down to write my second book, I sought to write an action-packed political thriller but without the clichés and tropes readers often find in other books of the genre," says Eade. "The financial crisis fascinated me, as I know it did so many others. The reality is that the meltdown wasn't the result of mysterious economic forces – it was the result of rampant fraud in the financial markets. And the banks never paid the price…"

Searing, exhilarating and topical, 'Predatory Kill: A Legal Thriller' puts a new spin on the greatest financial crisis of the age.