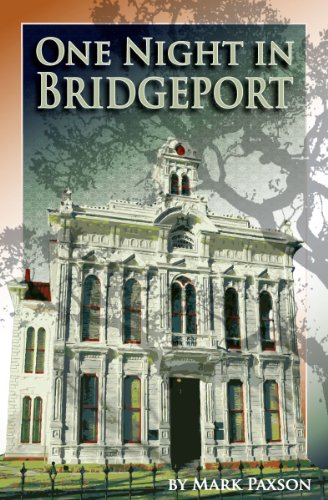 Book: One Night in Bridgeport by Mark Paxson

about this book: Ten years ago, I set out to write my first novel. It took a year. I spent another year re-writing it. Then it sat for years until I decided to give it a go with self-publishing. Six months later, I had sold 35 copies. I ran a promotion on GoodReads and then offered two days of free downloads for Kindle. A month later, I had sold almost 400 copies. At one point, it rose to #4 on Legal Thrillers. During the free download, almost 6,000 people downloaded the book. I now have 30 reviews on Amazon, almost all in the four and five star range.

So, what is One Night in Bridgeport about. It's about Jack McGee, who had a one night stand that went horribly wrong. He is arrested for rape and hauled back to Bridgeport, a little town in California where everybody knows everybody and he's perceived as an evil intruder. The story follows him through the trial and its aftermath.

And, there is more to come. I have another complete novel on its way and three novels in progress.