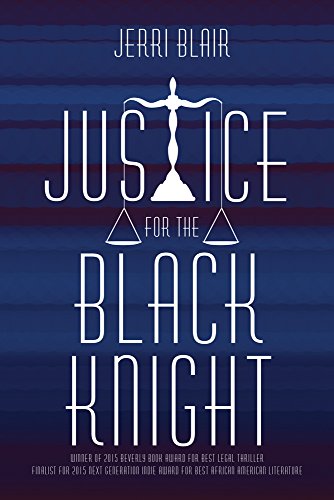 Book: Justice for the Black Knight by Jerri Blair

about this book: Justice for the Black Knight, an explosive legal thriller, is a story of relationships wrapped in a dark mystery from the distant past that holds the key to the salvation of an African American man on trial for his life. As a child, Freddie Edwards created an alter-ego, the Black Knight, who vowed to fight injustice in all forms. Freddie attempted to live up to that ideal all of his life, but years later he finds himself accused of the brutal murder of a well-respected elderly white man, represented by an incompetent lawyer, and facing death in the electric chair. His sister Ruby and their childhood friend Annabelle are reunited at his trial where they begin an exploration into the past to find evidence that will prove Freddie to be a hero instead of a villain, his only chance to escape execution. Their journey brings to light the impact race may have on the system designed to provide justice, and a hopeful portrait of life free of the disease of racism. This novel was recognized by Kirkus as one of the best novels of 2014, won the Beverly Hills Book Award for Best Legal Thriller, and was a finalist for Best African American Literature in the Indie Book Awards.