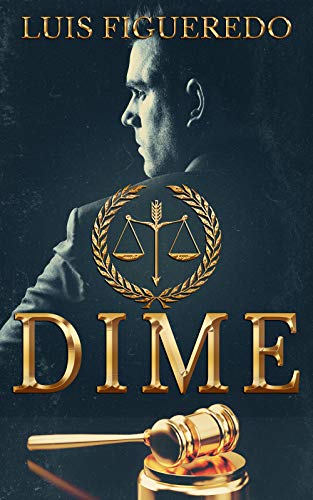 about this book: Dime is a story about a Miami lawyer, Pierce Evangelista, who is drawn into the brutal and violent power struggle between a Venezuelan drug cartel and the DEA. I can't say that the story was inspired by true events, but I was once asked to represent someone arrested in the West Indies on drug trafficking charges. That gave me the idea for the story.

It took me a couple of years to write the story. I'm a practicing lawyer with four children. I wrote whenever I had free time but free time is a rare commodity.

Coming up with the title was perhaps something I should have spent more time thinking about. I grew up in the South Bronx in New York City and attended Harvard Law like the main character. An informant that snitched "dropped a dime or dimed on someone" so I thought the title "Dime" worked because the story revolves around the DEA trying to get Pierce's client Juan Carlos who holds crippling information about the cartel's operation to talk.

The most fun part of writing the story was sharing it with son who at the time was a freshman in college and homesick. I would send him pages. He became invested in the characters and couldn't wait to see what happened next as the story progressed.

I hope that the readers of Dime become as engaged as Erik did.