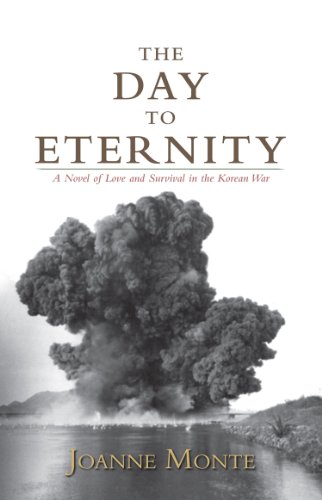 Book: The Day to Eternity by Joanne Monte

about this book: Since my father and two of my uncles were Korean War veterans, I wanted to learn about what was always referred to as the "forgotten war." How did the war start? Why were Americans sent to fight? How did it end? Always hesitant to ask my father and uncles questions (because I didn't think the war was something they would want to remember), I embarked on my own research. After I accumulated a wealth of knowledge, it occurred to me that I should share it with others. Recalling some of the historical novels that I had read in the past, I decided to write a novel with the Korean War as background for the overall story. The novel took several years to plan and write, not including the time it took to study the art, but I was motivated by the desire to honor my father and uncles. It sustained me throughout the process. Since North Korea is often in the news, I hope that "The Day to Eternity" helps others to understand this conflict and to know what our fathers, uncles, and grandfathers had suffered while fighting this war.