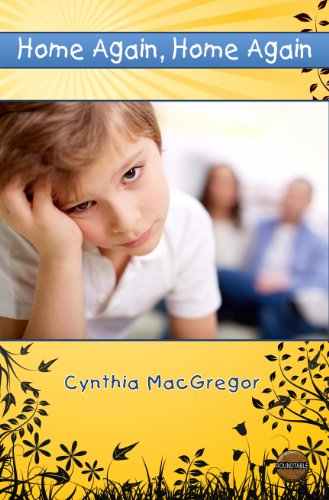 The boy is kidnapped by a trusted household employee, not for ransom but because she wants a child of her own. To evade discovery, she tells him a lie--that his parents have both died, that she is all that stands between him and "the orphan place," and that to go undetected they will have to change their names and appearances--after which she dyes his hair and her own and spirits him away to another state, where a confederate has a dwelling ready for them.

The mother is frantic--wouldn't you be? The father blames the mother--if she hadn't been busy with her real estate work, she wouldn't have sent the housekeeper to pick up their son at pre-school, and then this would never have happened.

Days go by--then weeks--then months--and finally years. No sign of their son. The marriage disintegrates, but before it does, another son is born as the result of an unplanned moment. The father takes a mistress. The mother is courted by a former boyfriend. And the kidnapped son is finally found. But in a classic case of "Stockholm Syndrome," he identifies with his captor and doesn't even remember his real mother or father, whom he resents for taking him away from the woman he has come to accept as his mother.

Add to the mix a fire, a brutal assault, vindictiveness, and mysterious problems on the part of the younger son. Can there possibly be a happy ending to this story?