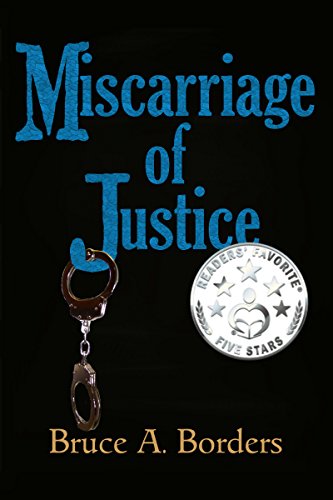 Book: Miscarriage Of Justice by Bruce A. Borders

about this book: An innocent man doesn't belong in prison. Ethan Rafferty was innocent. Yet, he spent fifteen long years locked away inside a state penitentiary. When he learned the District Attorney, who prosecuted his case, had known he was not guilty, and still sent him to prison, he vowed to get even. With fifteen years to plot his revenge, Ethan is ready to unleash his fury. Mariana Clark, the D.A., is a little worried, but more than willing to fight back against a man who threatens to ruin both her life and her career.

The book begins with Ethan's release from prison and gives a dual perspective of the events as they unfold, from both his and the D.A.'s points of view. As their feud heats up, both begin to realize things have become more complicated than they had imagined. The line between right and wrong tends to blur, making it difficult to tell just who is affected the most by this miscarriage of justice.

Other books by Bruce A. Borders (more)