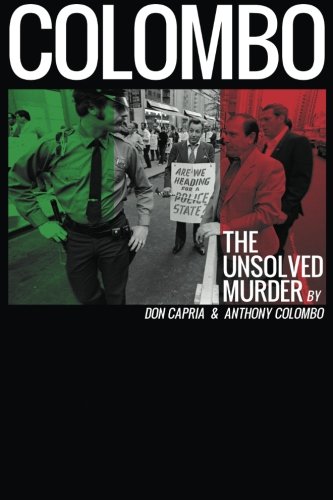 about this book: My father, Joseph Colombo Sr., was labeled the boss of one of the most notorious crime families in New York's history. Every news article, magazine article, and every book that references him repeats with little detail this as fact. Who my father really was, and who was truly responsible for his death has always been shrouded in mystery. Not to me though, as I know the truth of who he was, what he meant to the Italian-American community, and who should be held accountable for his tragic demise.

My father was a great man, he fought for not only Italian-Americans, he fought for the underdog. Within only a two year period of founding the Italian American Civil Rights League he was poised to changed the face of New York politics, and American politics. Tragically he was murdered at a political rally in front of thousands of people.

For the past 40 years since my father's murder I remained silent, and never offered the other side of my father's story. In this book, now, I offer that side of the story. In this book you'll read the true story of my father's life from the days of his youth exposed to violence and tragedy at an early age in Brooklyn, to his rise as one of the most powerful men in the country. After 40 years, I've lifted the veil of secrecy. Through my own eyes and experiences I offer a story never before told. I offer the truth.

Video 1: Trailer for the highly anticipated true crime biography: COLOMBO - The Unsolved Murder by Don Capria and Anthony Colombo
Video 2: Anthony recalls the first time he met Sammy "The Bull" Gravano at a movie theater in Brooklyn when they were both just teens