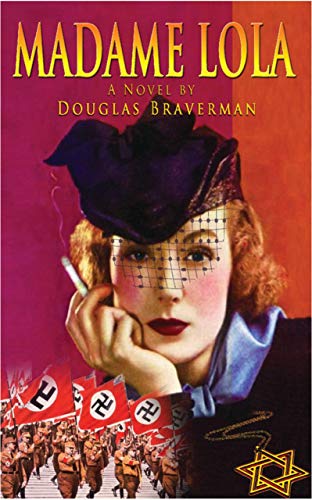 about this book: MADAME LOLA tells the story of a young Jewish woman in 1930s Germany who is a trained classical pianist, but who suddenly must masquerade as a Christian piano-player who specializes in red hot jazz in a decadent Berlin cabaret after her family abandons her when they flee Germany to avoid the Nazis. The book was initially inspired when I learned that the father of a good friend of mine had actually worked for a brief period of time with Adolph Hitler and possessed several handwritten letters sent to him by Hitler himself. A letter from Hitler becomes an important plot point in MADAME LOLA, which follows the young Jewish woman's various strategies for surviving in Nazi Berlin, as - years after the war - her great nephew in New York City tries to piece together her entire story. MADAME LOLA is suspenseful, surprising, and often very funny, and shows the importance of love and forgiving when the family is finally united.