Book: Ethnic Jewellery and Adornment by Truus and Joost Daalder

about this book: This book is about ethnic jewellery, i.e. jewellery recognisable as coming from an identifiable traditional culture, confined to a particular region. It is a form of jewellery which disappeared from the West early on, but remained current elsewhere in more traditional communities, where these pieces conveyed meanings understood by members of a specific group.

I grew interested in the subject after my husband and I had first collected Victorian and somewhat later Western jewellery. Ethnic jewellery introduced me to a whole variety of cultures and thus to aesthetic objects of a kind I had never seen. It also made me aware that these works of art had deep meanings which I needed to study. The messages conveyed by ethnic jewels were often expressions of the most basic human concerns: love, fear, status, etc. The Western world lost these meanings fairly rapidly except in the wedding ring.

Writing the book took quite a few years, since the cultures included vary so enormously in their structure and ideas, and I had to immerse myself in them to describe each of them and to weave a story around the many and diverse objects. My son Jeremy as the photographer and my husband Joost also contributed significantly to what was a completely satisfying family project.

The book is intended to inform readers about the wealth of ethnic jewels which have survived and to inspire them with a sense of awe and delight about the beauty, variety and cultural importance of the hundreds of objects shown in large colour photographs. The book appeals to all lovers of art of any kind and has special significance as an inspiration for creative artists such as designers and artist jewellers. The beauty of the book - with its fine quality lumi silk paper and hardbound linen cover and emphasis on carefully selected, often rare artworks - has been found astounding.

The dust jacket shows an Australian Aboriginal bark armband photographed on its side as displayed in Adelaide's South Australian Museum. Writing in Australia, I chose to highlight adornment from Australia and Oceania first, drawing on the collections of the South Australian Museum and our own. From there, using only our own collection, the journey moves to Indonesia, Southeast Asia generally, China, Mongolia, The Himalayas, India, Central Asia, The Middle East and North Africa. 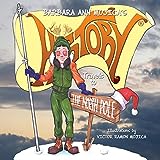