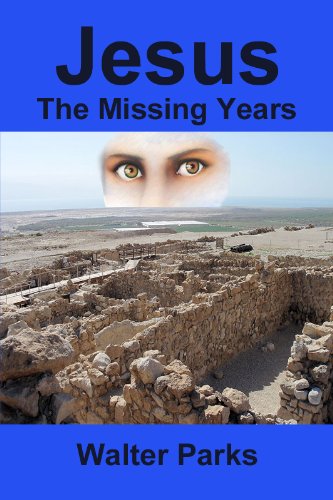 about this book: Jesus the Missing Years describes the period between the Bible's last mention of Jesus as a human child and the first mention as He starts His ministry. I always wondered why the Bible did not mention this period of His life. I learned the reason for why it was kept a secret.

I think that both believers and non-believers will be interested in the book; the first to learn more about Jesus and the second to read about a major mystery.

I spent over 20 years researching and writing this book. The hardest part of the research and writing was accepting that non-Biblical documents were the only sources for finding answers to this basic Bible story.

My research required searched the Bible and reading hundreds of ancient documents including the Dead Sea Scrolls and many other ancient documents. I studied the works of the Jewish historian Flavius Josephus, the Jewish philosopher Philo of Alexandria who lived in Egypt, the Roman writers, Pliny the Elder and Hippolytus, the Greek philosopher Dio Chrysostom, and many more.

I studied many great documents that were written by unknown authors – especially those that became parts of the Dead Sea Scrolls found in Israel between 1947 and the 1950's, and those that were incorporated in the Nag Hammadi Codices found in upper Egypt in 1945.

The cover shows the young Jesus looking back over the ruins of the place in the desert in which He was secluded to prepare for His ministry.

I learned a great deal including why this period of His life was not mentioned in the Bible. I learned how He created His parables. And I learned that He did indeed exist as a human child that was transformed to the God that is so very important to literally billions of people.

I think everyone should learn what I found.