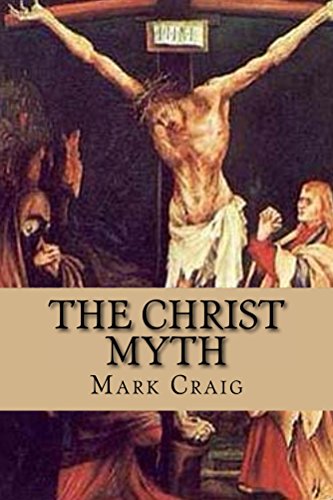 Book: The Christ Myth - If Jesus did not exist would Christianity survive? by Mark Gerard Craig

about this book: A trend in mainstream culture argues that Jesus did not exist and, as a consequence, Christianity has no relevance in the contemporary world. "The Christ Myth" takes up the argument that even if Jesus did not exist, Christianity would remain relevant. The first half of the book establishes a rationale for Jesus' non-existence presenting evidence to substantiate this claim and why many embrace it. The second half of the book then looks at the Jesus narrative as primarily mythological establishing a host of reasons as to why Christianity would retain its pertinence in post-modern context.

Moving through biblical motifs, it is shown how Christianity continues to hold relevance despite increased secularisation and religious plurality. Drawing on philosophy, mythology and quantum physics the Jesus story potentially holds powerful meaning, whether one be theistic, non-theistic or atheistic.

• "While exploring texts broadly contemporaneous with the New Testament, Craig also introduces reference to world religions, including Buddhism, as well as "the mythology of Quantum Physics" and "the Mandelbrot Set", as mathematical equations (pp. 119-132). In these pages, Craig is striking out in search of a synthesis, a new way of describing existence and meaning that eschews the conventional and certainly the literal religious dimension" — Dr Peter Webb, Amazon Review