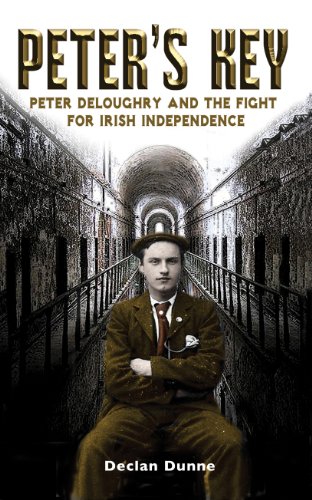 about this book: Take some elements of James Bond, Leonardo da Vinci and Mahatma Gandhi and you create the imposing shadow of Peter DeLoughry, the Irish rebel leader behind the greatest prison escape of all time.

DeLoughry (1882-1931) led a daredevil life, evading capture from the British military, mediating for peace the Irish Civil War, all the while tinkering with new technologies of electricity, cinema and radio.

His moment in the spotlight came in Lincoln prison in England where he was interned with almost twenty other Sinn Fein leaders including the future president of Ireland, Eamon de Valera in 1918. Eight months after their incarceration, DeLoughry crafted a master key that unlocked all the prison doors and allowed de Valera and two other prisoners to escape in February 1919.

The event captured attention in newspapers throughout the world. The escape involved many curious elements such as sleight of hand, codes, linguistic camouflages and not a little whiskey that was used to charm or distract prison warders.

This is action adventure history told through letters sent to and from DeLoughry while he was in prison, archives on three continents and primary witness accounts.

Up to the publication of Peter's Key, DeLoughry was a shadowy figure. Now his shadow is cast long and broad.

Peters key is a gripping and absorbing read, it covers a dramatic and historical time in Irish history about which we are approaching its centenary. Peter's key tells the story of the fight for Irish Freedom and a truly amazing escape from Lincoln Prison. Peter was imprisoned with Emaonn de Velara in Lincoln, Peter's craft and skill was the KEY ingredient in de Velera's escape in 1919. Great credit has to be given to the authors (Declan Dunne) due diligence, perseverance and historical accuracy in the pursuance of this incredible true story. [by Julie Shortle]

In this book, the author has created an accessible read and provided a fascinating insight into the story of one of Ireland's unsung heroes. You're unlikely to have previously read about Peter deLoughry, but his ultimately tragic story is a fine example of the many lesser chronicled men who have helped carve today's free nation. Take the time to sit and delve in to this treasure, let it arouse your emotions and marvel at the bravery and loyalty of our mighty forefathers – among them the unrelenting Peter deLoughry. A truly captivating tale.

we learn something new every day

I have just finished reading this book and found it very informative, easy to read and also rather funny. I found myself laughing out loud - much to my husbands amazement. He now has started reading it. Well done Declan on a really good read. [by Frances Pelle]

Very easy to read for a history book. Explains what people had to do to get freedom. Author goes into detail so you get a clear picture of their personalities. Huge research must have taken place. Would recommend it to anyone interested in irish history. 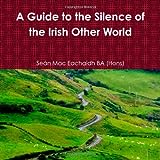