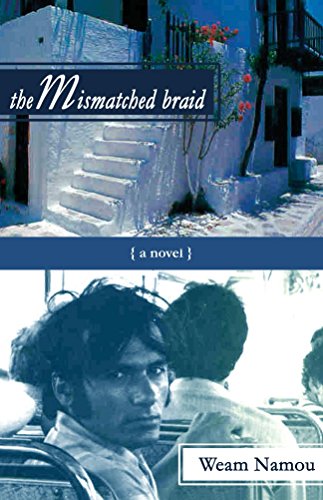 about this book: The Mismatched Braid is another Iraqi American novel that is based on true events. Here, I dared do something new. I wrote a story from an Iraqi man's perspective. Thomas Mitz was my editor at that time. He had worked for several publishing houses including St. Martin Press and he loved the manner in which I portrayed the characters in this novel. This gave me the confidence – that as a writer I can go into a male or female character's head to write a literary story.

The Mismatched Braid is about a refugee man living in Athens, Greece as he awaits a Visa to go to America. His life as a refugee is miserable until his American cousin arrives to Athens to study for a semester. He immediately falls in love with her, but she does not feel quite the same.

The front cover is a photo of my oldest brother shortly after he left Iraq and lived in Lebanon as a refugee. Many Christian Iraqi men fled Iraq before turning eighteen years old in order to avoid serving the army under Saddam's regime. Their destination was almost always America. Like my stories, I love for the book cover to portray a more realistic image of the people and culture of the Iraqi people.