about this book: Immediately after 9/11's horrific tragedy I started on this book. For a week I was compulsively scribbling by day and typing it up through the nights. Catharsis! But a creative and comprehensive context within which my emotions were but vehicles for ideas.

And then came the absurdist escalation toward, and big attack of, Iraq. Once an almost most-favored nation and arms-recipient, it's leader Saddam the "enemy of our enemy and thus our friend" -- suddenly it seemed that Bush and the neoConservative rampancy-of-idealism were confusing him with Osama!!

Through the preliminary "menu of militaristic musts -- or else" I monitored what should have been obvious BUllSHIT especially to the media. But with context-juxtapositions of terror and Saddam, with concerted misinformation such as yellow-cake uranium from Africa, even Congress was conned. Fictions as fact such as "slam-dunk", "mobile chemical facilities", SalPak terror-training site, and on and on and worse frat-facetious and fallacious-level prank-propaganda worked. We went to war.

Our forces marched into a country said to possess world-threatening levels of bio- and chemo (and conventional) weapons of mass destruction!!! That made sense? After our months of buildup during which Saddam could have set up and deployed in prep for our arrival??

And then we found his sons and launched a vicious rocket attack on the house in response to the small-arms fire. Shouldn't we have taken the boys as witnesses to be interrogated? Should what happened be considered "destruction of evidence?" By us??

So much, much more I consider in this collection of my writings and other materials.

We drove Saddam and his government out of power (after we'd coddled and nurtured them for years as our proxy presence vs. Islamic expansionism and Iran. At that point, when Bush posed on the ship, the "Mission accomplished" was. But at what cost to stability even then ? And since? Even unto now???????????????

Other books by Appleton Schneider (more) 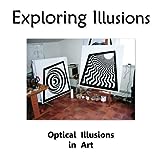