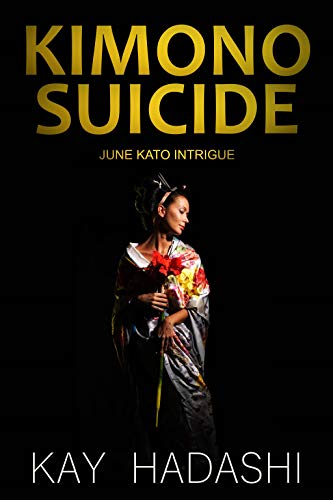 about this book: Kimono Suicide is the first in an intrigue novel series for all women. June Kato, a prominent doctor and fashion model, finds the dead body of a woman in her home garden, which suspicously looks like traditional seppuku, the Japanese method of suicide. Before long, she becomes not only the finder of the body, but her home is invaded by crime scene technicians and unwanted police officers. Not long after that she becomes the number one suspect in the murder of the dead woman!

As if she is already not busy enough as a doctor, but she has an upcoming fashion photo job, scheduled to take place in her own garden, right where the body was found. As time runs out on preparing not only her self for the job, but also preparing the garden, she gets involved with fidning the person responsible for killing the young woman. After another model is murdered, is June Kato also on the same list? And just exactly who is killing young women all around her?