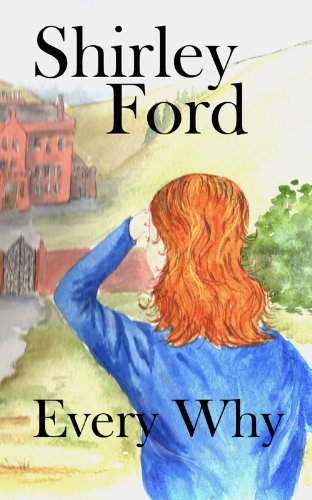 Book: Every Why by Shirley Ford

about this book: Penny Vincenzi was the inspiration behind this book. I read an article in which she said to choose several women characters, maybe based on people that you know, and start writing. That's what I did, although I don't think I will ever aspire to her level of writing. My book is about six women, two of whom are mother and daughter.

Women are the primary readers, although several men have read it and enjoyed it. I think it was the link to Scotland which attracted them. The book took me about twelve months to write, then a couple of months to pluck up the courage to publish it on Amazon. I did research for the book, but not a great deal as the story is mainly set in one place. I intended to base the story in a real place, but then it seemed to be making it more complicated, so then created a fictional place, so based research on the general area.

The most important thing I have learnt from writing, is what follows, i.e. the editing and proofreading. This can take a long time and I have learnt a great deal over the last few months.

I know the majority of Kindle readers are in the US, but I would like the readers to give a new British writer a fair trial and hopefully, some reviews