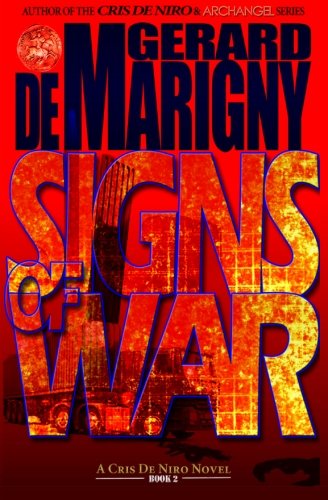 about this book: Signs of War picks up where The Watchman of Ephraim ends, at the funeral of one of their own who sacrificed his life to save the city of Las Vegas. Cris De Niro has to decide whether he will continue with his mandate to protect the innocent from terrorism. There's also a new sheriff in town ... enter Scipio, described as "a small man dressed in black," a former Delta Forces legend-turned rogue.

The Watchman Agency soon gets embroiled in a Mexican drug cartel plot to take control of a Native American reservation that sits on the Arizona/Mexico border. De Niro is also asked to help free friends of his dear friend, David Nicholls from Somali pirates. Yet, the biggest threat comes from an Iranian-Venezuelan connection the agency investigates.

I was inspired to write Signs of War from news reports about Venezuela receiving missile shipments from Iran, supposedly to protect their borders from their neighbor countries. There are some who think Chavez would like nothing more than to be able to attack the United States with medium-range missiles, if things turn badly for him. I also keep current on the terrible situation at our border with Mexico and the out-of-control situation that has arisen in the Arabian Sea from Somali pirates, backed by al Qaeda.

Signs of War and the entire CRIS DE NIRO series would be primarily be read by folks who enjoy thrillers in the following sub-genres: geopolitical, counter-terrorism, terrorism, espionage, action, war, political, and techno.

It took me about nine months to write Signs of War. The title came from Shakespeare's Henry V (Henry V II.2.819-830). I love Shakespeare. I create all my covers – the cover for Signs of War has images of things that take place in the novel – Mexican drug cartels, Iranian missiles, and Somali pirates.

The most difficult part of writing Signs of War was getting accurate information on Iranian medium-range missiles. I wanted to incorporate information on missiles that are deemed top-secret. That's not easy to do. I had to read through volumes of (unclassified) articles and white papers to get what I needed.

What I learned from writing Signs of War is that we live in a world filled with despots that are constantly planning evil acts. It's scary, but most of my novels in the CRIS DE NIRO series are based on fact. 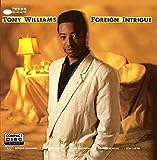