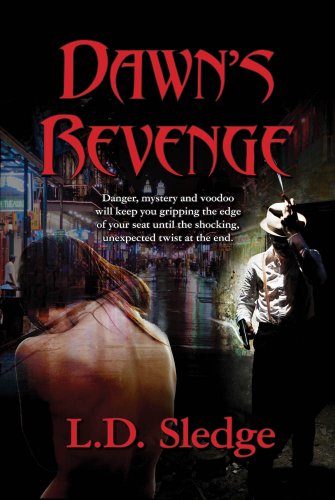 about this book: Dawn's Revenge is set in the New Orleans French Quarter. Jack Chandler, a struggling young lawyer lives in the Quarter above his law office. When he learns that the beautiful teenage daughter of his housekeeper has been raped and murdered, he investigates and discovers the involvement of the powerful Orleans Parish Sheriff and he becomes a target. He kidnaps the body from the morgue before it can be destroyed as evidence and is on the run during the biggest hurricane to ever hit the state. He hides out with some Sabine Indian and Cajun clients down in the marsh, is tracked down and has to escape through the marsh and across the Gulf of Mexico.

The characters in the book involve a hilarious Cajun, Nookie Naquin, a huge three hundred pound lawyer friend, and a love interest with a gorgeous black doctor from Trinidad with emerald eyes who lives in his Quarter apartment complex. He loves her but has considerations because she is black, and there is reach and withdraw through the book as a sub plot. It involves Louisiana politics, voodoo and a ticklish inter-racial romance that drives Jack crazy.